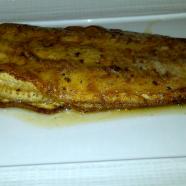 Does it make the Cut?

It’s an odd place. In a former life, it used to be the Playboy club but all traces of that have been expunged and now we have a little bit of Vegas, right here on Park Lane.

It’s glitzy, plush and just a teensy bit vulgar.   With no separate entrance (a mistake),  you mill around until you work out that the lobby extension facing you is, in fact, the restaurant.  Banquette seating lining both sides of a long room, you can see everyone walking in and out. Perhaps that’s the point.   It’s the sort of place you go to be seen as much as to eat.  Wolfgang Puck is a master of this sort of restaurant;   slick and glamorous it’s full of a certain type.  Over there, the obligatory trophy wife picking at salad, two bored children in tow;  in the far corner, the 60+ oligarch  with girlfriend/daughter/granddaughter. You get the picture.   This place is for people whose idea of fashionable is dressing in this season’s Ralph Lauren. At these prices the squeezed middle class is squeezed right out of this.

And the music. Oh dear. Too loud, too 8o’s, too bad.   I really really don’t want to listen to 80’s stadium rock,  played at volume whilst eating in a restaurant holding itself out as fine dining.  I never want to listen to it, to be honest,  but here there is no choice.  There was no way I was going to keep quiet.  As C started to cringe, I asked (or possibly shouted)  at our waitress, to get the music turned down. You could see the confusion on her face.  We can’t, she said, it comes from the bar upstairs  and if we turn it down, it won’t be loud enough up there.  The need for loud music in a bar was detracting from my dining pleasure. Mistake.

I was thinking Eurotrash, Vegas, St Tropez, Marbella.  Philip Green lookalikes  with hairy chests having slightly too good a time and dancing inappropriately. This place is for people who either don’t know, or just don’t care that we may be  on the brink.

So, to the food.  They do a little show and tell, where they bring out 6 slabs of meat and describe their various virtues.  By the end of the evening though, the slabs are looking a little dry and sorry for themselves.  I’m not sure who started this trend, but I’ve seen this in the States and I don’t like it there. I don’t want to see half a dead cow at the table –  you can read the description and make up your own mind.

Okay,  I hold my hands up and make the big confession, I don’t eat meat hence I may be prejudiced about the tableside butchery.   How  can I possibly even consider making any comment about what is, essentially, a steak restaurant then?  Well, true, and I was in two minds and had I not been accompanied by the very discerning C, who is a connoisseur of all things steak, I would not be writing this;  indeed I would not have been there at all.

The starters looked fine,  but not fine enough to order. Bread. The acid test. They brought round some delicious seaweed butter and some bread.  3 types. Nothing to write home about.  The Parmesan cheese straws were good though. I could have done with more.

Despite the fact that there were many waiters milling around looking purposeful and efficient and wearing that fixed grin you only get in restaurants of a certain type,  we didn’t get asked if we wanted any more bread, even though there was quite a large wait until the main course.   Good for my waistline but sloppy service.

I was, however, fascinated by the little sideshow on the next table. There was a food writer and his friends, on a paid-for outing, with the full attention of the staff focused on him like a laser beam .  Every course presented with a dramatic
flourish; every mouthful accompanied by slightly over-enthusiastic oohs and
aahs.  A fabulous decanter filled with Wolfgang’s own wine presented to the table. Photos with the man himself, instantly tweeted to the 12,000 attentive twitter followers of said sleb. I admit to a little bit of table-envy. 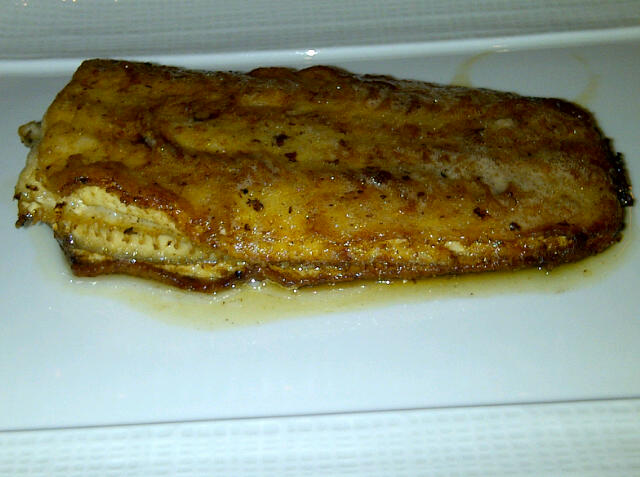 I had onion rings, which came in a tower with an unnecessary sauce.   Nice, but NOTHING SPECIAL.  Indeed nothing was special, or made me  go oooh.  And at those prices, I need a bit of oooh.

And the main event?   C said it was  the best he had ever had in England. Praise indeed, or maybe not.   We wondered where Wolfgang got his meat.  I know,  I said,  I’ll look it up on the iPad. As I was doing so, I heard a German voice. Of course, at the very moment I was committing that severe restaurant solecism, Wolfgang chose to grace us with his presence.   Guiltily, I over-compensated, asking him in an over-excited manner how his “soft opening” had gone (mixed, problems with the landlord);  gushing pathetically about how much C liked the beef and asking how we could get hold of it here. I get it through an importer, he said, I’ll get you the name, he said. We waited. We waited. We wilted. No name.  No surprise. I kicked myself for not  offering to help with the Landlord problems.  Not like me to miss that  opportunity.

We didn’t have a dessert. I know, shoot me but I wasn’t going there with a view to review.

What is it good for?