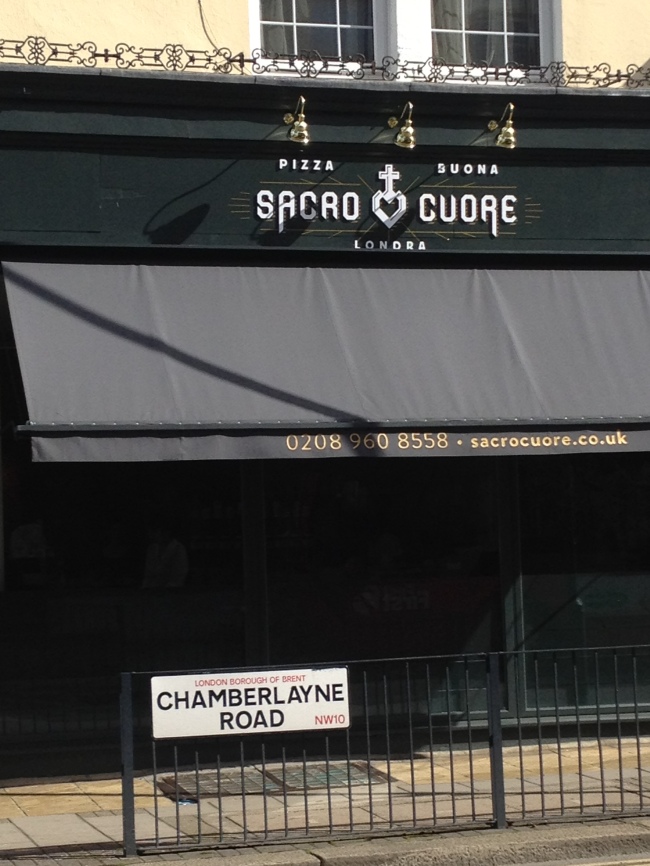 W10. Not the first place that springs to mind when I think about decent food. Some quirky and interesting antique furniture stores, giving new meaning to the words ambitious pricing, but not a food destination. At least not till now.

I’ve read a few food bloggers who’d eulogised about the pizza, and Time Out, who didn’t and I thought I’d have a go for myself. According to my utterly unreliable satellite navigation system, it is a mere 8 minutes drive from Paddington.

Maybe at 3 in the morning it is, but certainly not at 12.30 on a Saturday afternoon. Note: the drive up the Harrow Road is not edifying and next time I will be taking public transport.

Pizza. Sometimes, you just fancy one don’t you? And I did. I’ve had a bit of the old fine dining the night before and I wanted something simple, so I thought of this.

The decor is basic and it’s a bright room with pine tables and the open kitchen at the rear. 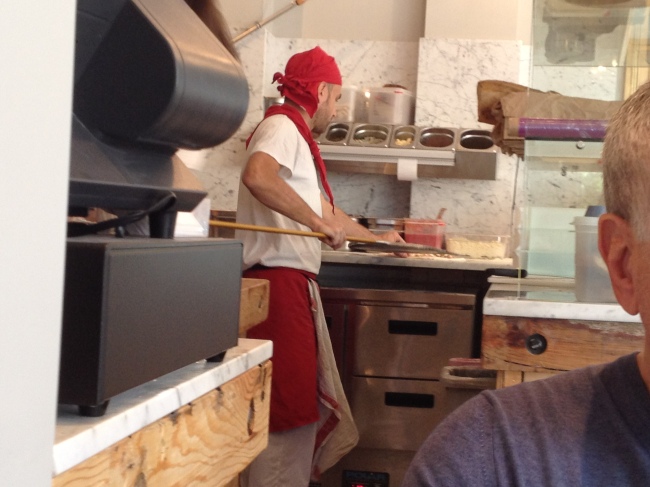 I think that the pizza oven is particularly hot here, because the pizza came within about 5 minutes of having ordered it ( not that I ever complain about snappy service) and had a wonderful charred crust. 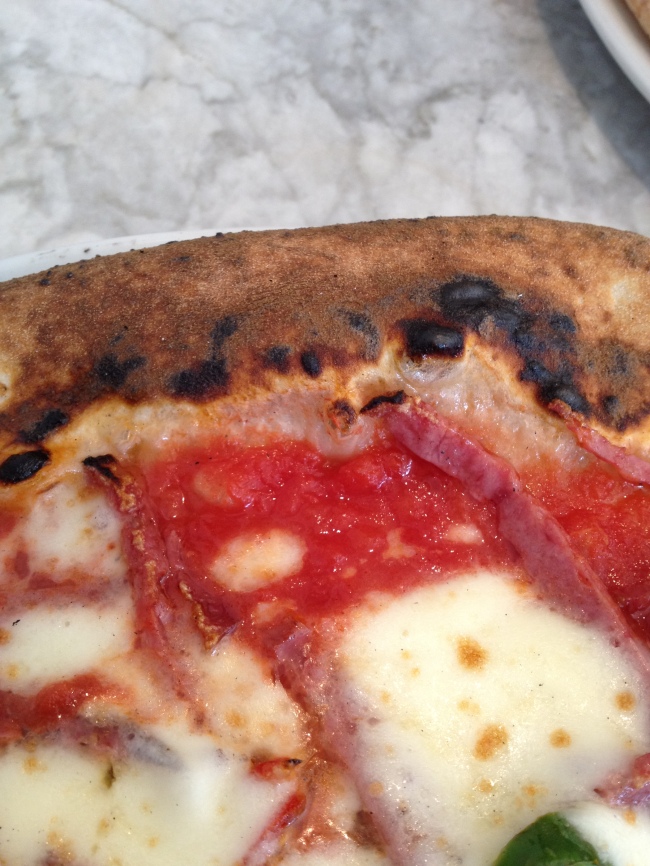 That charred crust. In case you really need it spelled out

I had the Diavolo. The tomatoes were the real deal, San Marzano, the dough was excellent, using good quality flour and, unusually, there were the right amount of fresh chilies (both red and green) i.e. an amount which will be just that bit too hot so that you remember you are eating a pizza with chillies. Add to that Italian mozzarella, Neapolitan salami, Parmesan, fresh basil and extra virgin olive oil and you have a winner. It was, without question the best pizza I have tasted in some time.

Guess what it’s a pizza. Diavolo

The other half, who had the pizza Boscaiola (tomato sauce, Italian mozzarella, prosciutto cotto ham, mushrooms, Parmesan fresh basil and extra – virgin olive oil) said it was the best he had ever tasted. He is not a person generally given to hyperbole. Really not. Never. So, in case you thought that might just be something he would say, let me emphasize, using my very own vulgarspeak, that this was the bollocks.

I forced him to have chocolate ice cream purely in the interests of market research. He liked it but I thought it was a little bland. The coffee was good. There were starters but don’t bother – go for the main event.You won’t want to be too full to do it justice. I cleaned my plate.