10 Greek Street. I have seen the light. 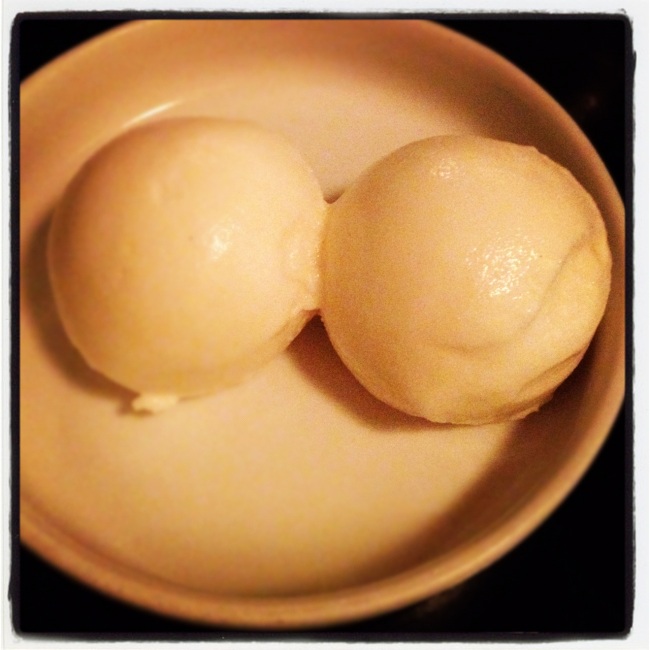 I’ve never quite got over the death of Alastair Little. I’m talking about the restaurant in Soho which bore his name, obviously, not the man himself.  Even though I don’t think that he cooked there very often towards the end, it was always consistent and interesting.  With simple,  fairly minimalist decor, it was my first choice for business lunches and dinners, where I wanted the food to be good and the atmosphere to be relaxed.  I always wanted to eat everything on the menu. And no, that doesn’t always happen.

Its demise left a gap in my life. Until last night.

10 Greek Street. Others I know have been singing its praises for some time and I’d  been before (at lunchtime) but for some reason, hadn’t warmed to its charms.

To me, this is a place for dinner rather than lunch, although I wouldn’t say no to either, frankly. And I’m prepared to forgive them the no reservations in the evening thing, because the food is so good. And I’m always happy to do the 6.30 pensioner special. And I really enjoyed it this time. 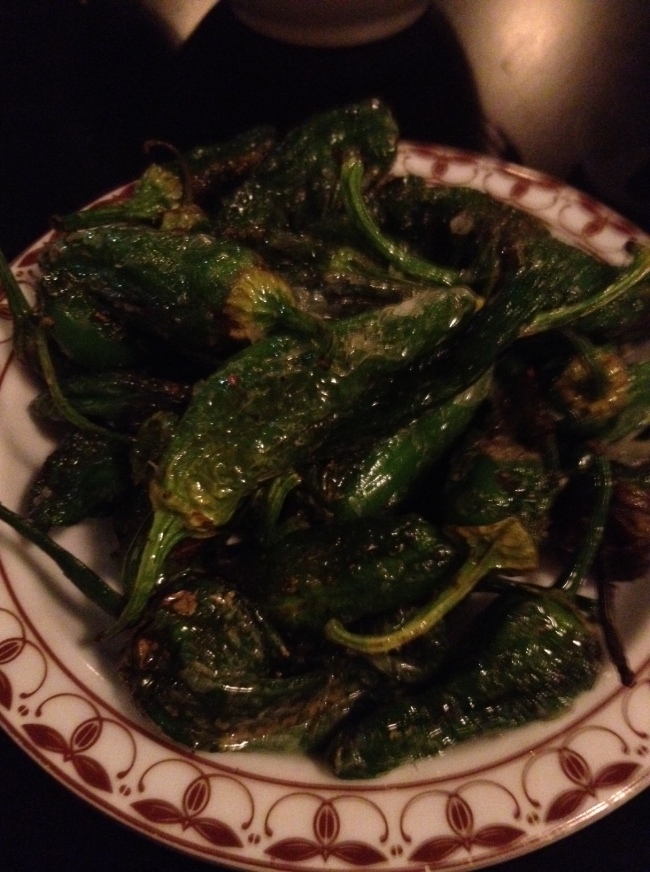 Sorry about the light. But they were the business.

Padron peppers. Everyone does these now but these are the best that I’ve tasted in London.  Hot, in both senses, they were perfectly done and a delicious start.

Mackerel with fennel on a small plate. Ingredients both fresh and punchy.

A beetroot dish with pear and walnuts, the beetroot intense and a great combination. One of us had sea bass, one of us had brill.  I think we were both reluctant to do the swap at half-time thing that we agreed at the outset,  but neither of us was disappointed when we did. Wonderful braised chicory and braised fennel, good saucing. Can you tell I liked it?

And I really wanted the date pudding or the chocolate brownie but you know why I didn’t. I had lemon and tea sorbet instead. It was perfect. Not too tart and an interesting tea flavour which was incredibly subtle but worked really well.

I didn’t mean to have the two glasses of gewürztraminer, but it had to be done.  And I was all the better for it.