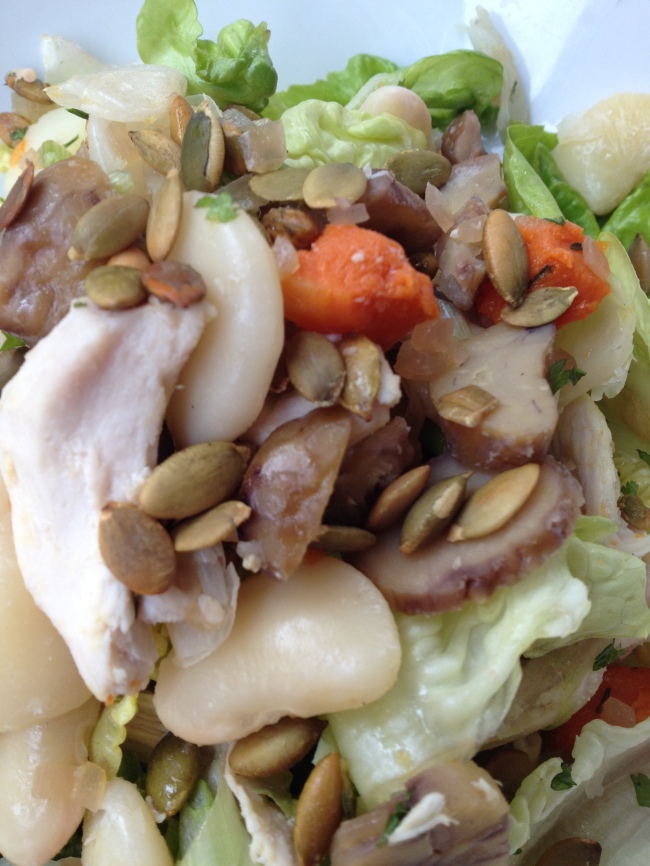 Because I clearly need to learn how to make yet more fattening food, my kind and thoughtful friend E decided that it was essential that I go on a Peggy Porschen cupcake-making course for my birthday treat. We had, mistakenly, both thought that it would be a day of novices playing around with cake, interspersed with quite a lot of cupcake gluttony. We were wrong. There were eight people on the course and at least four of them were semi-professional. One woman was setting up the only cupcake bakery in Luxembourg. Well, you would, wouldn’t you?

Having survived on surreptitious, forbidden bowl-scrapings all morning, we actually needed a proper lunch.  We tried to get into Oliveto, across the road, for a quick pizza, but had made the fatal mistake of not booking. No chance here on a Saturday afternoon.

So we looked across the road and saw the Thomas Cubitt. It’s absolutely perfect for the location, in the heart of Belgravia. Decked out in Farrow & Ball shades, it’s ever so tasteful and has a very welcoming atmosphere. Alert- there were some people in red trousers.

It wasn’t full, but we were guided to a tiny side table. It was a table for two, but not two grown-ups, who might want more than one plate each. Maybe that was why they didn’t bring you any bread – they might have to give you a plate with that and then you couldn’t possibly eat from another without balancing it on your knees.

Not that they actually asked us whether we wanted any bread.

I ordered deep-fried salt and pepper chilli squid. It looked pretty as a picture.

The squid was fresh but the batter wasn’t sufficiently seasoned and I needed to add more  salt and pepper. Or at least I did when I got the salt-cellar filled up. And the lime which accompanied it was completely dried out. Not a drop came out.

E’s crab had been over-seasoned and it was oddly flavoured – tasting overwhelmingly of tomato and chillies, which completely overshadowed the delicate flavour of the crab itself, which appeared, underneath it all,  to be decent and fresh.

The crab was overpowered

And then chicken salad with pumpkin seeds, chestnut,  butternut squash and butter beans, with a cider dressing. I couldn’t taste the dressing at all. The salad looked unfinished and not especially appetising. The components were fine, but the whole thing just lacked flavour and any visual punch. It needed a decent dressing to pull it together and really needed for the chicken to taste of something.

It looks like it’s at stage two of four

Serving  the chicken warm would have helped. I asked for some dressing. It took 10 minutes to arrive.

It wasn’t actually bad, it was just not good. It was bland and  it was average and it could have been so much better, with just a little bit of effort and attention to the detail.

And E’s burger? It looked rather sorry, compared to some of the uber-burgers I’ve eaten recently and the plate looked unappealing. A bit of garnish wouldn’t have gone amiss.

It speaks for itself.

It seems to me that they have a problem with the detail here. The basics are right – decor/pricing/atmosphere but they fall down in the detail of the execution.

And it’s a shame, because the service was delightful and the staff helpful. I suspect that this place is constantly full  because of where it is and what it looks like and perhaps they don’t feel that they have to try that hard – maybe  their customers are just happy with the standard of the cooking and I’m just fussy.   Or maybe it was just an off day. I just thought it could have been so much better.

We didn’t have time for dessert but in truth, even if we had, we wouldn’t have bothered. And anyway, it left room for the cupcakes. Which were fabulous. If I say so myself.

I only had four.