It filled up shortly after this

Briciole. I’d been meaning to come here for ages but I hadn’t realised it was here. I mean I’d walked past this place and I’d probably even seen a sign, but I hadn’t registered. I thought it was some sort of deli and bar, because that’s all you can see from the road.

So on a wet Saturday afternoon, I was thinking about where I could go for a simple meal and I remembered that this was about 10 minutes away and it was on my “to try” list.

It’s in a Marylebone backwater, but that’s no bad thing. You walk into a little bar area and then go through to the back. The room is large and simply decorated. A lot of bare brick and photos of food. It’s not the most sophisticated decor you’ll ever come across but then that’s not the point here. And can I just say, if you’re going to play loud music throughout the meal (which, as you know, I hate), can you please play it through a stereo that doesn’t sound like it someone has stuffed a pillow over the speaker.

The menu is large, and there are a number of daily specials. There are salads, plates of meat and cheese, soups, pasta and a separate section for meatballs and sausages. There are also some side dishes. I struggled to find anything over £10. I did, eventually, it was the tagliolini with prawns.£11.

I felt like something simple – I’d been eating for England recently, so chose the Lattughino con mandorle, pecorino sardo and vincotto. Green salad with pecorino and toasted almonds to you. It was fresh, the dressing was decent and it was altogether competent.

C’s minestrone was a lovely warming bowl of soup, with wilted spinach stirred into it. I think he wanted some Parmesan over the top, to remind him of the 1970s in London, Ontario but I told him to ask and he didn’t want to, so he missed out. 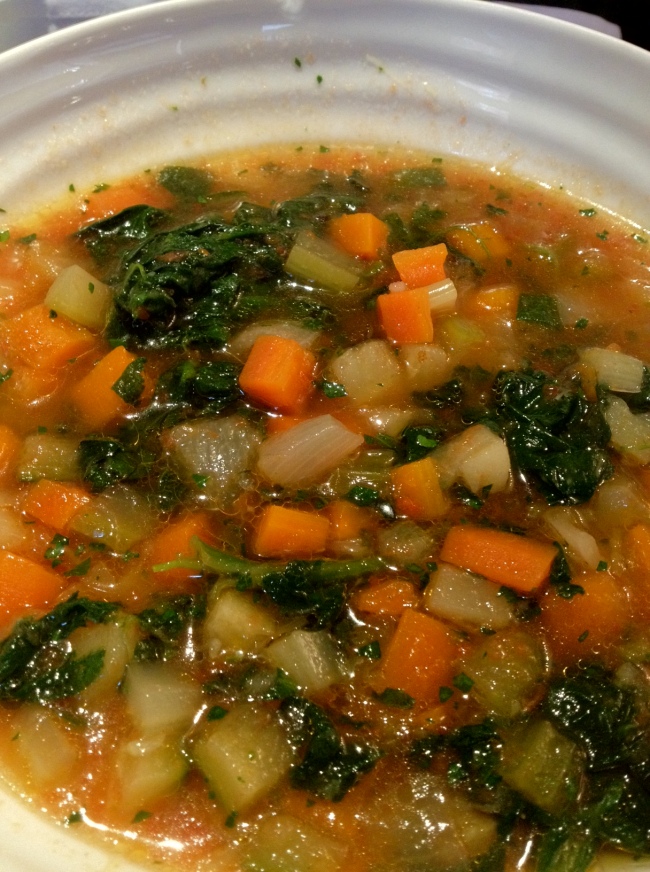 And then, keeping the simple theme, sweet and sour meatballs with some red onions. Because it sounds so much better, I’m going to describe them as Polpette fritte in Agrodolce, Alla Palermitana. Really, that’s what it said. And they were firm and tasty, slightly pink in the middle and the red onions reminded me of Christmas and red cabbage. Same seasoning. Delicious it was too.

And the beans. A simple dish of beans is a thing of wonder, when done properly. Like here. They were similar to foul medames, which is one of my favourite dishes of comfort food. I’ll be going back for those.

Lasagne stodge. Lines the stomach, that does

And then, because we always need, dessert. I had affogato, which is almost like not having a dessert and C had the tiramisu, of which the same cannot be said. 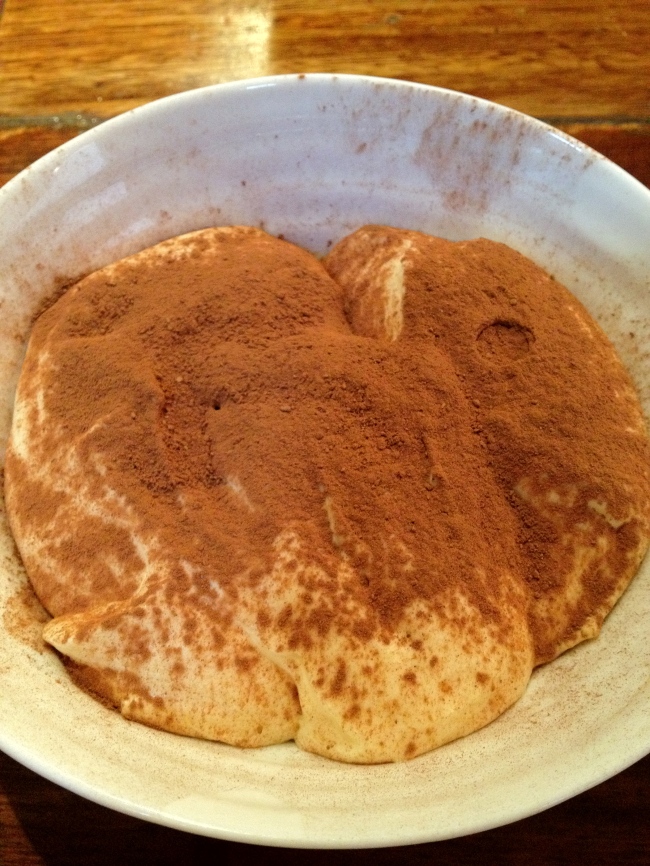 I ate half of it, having not had a proper dessert myself. It wasn’t the best that I’ve ever tasted.  It wasn’t an entirely conventional tiramisu and the mascarpone element seemed to have been made of custard – I’m not saying that it was unpleasant in any way – just not quite what I was expecting. But at £3, I feel churlish for even mentioning it.

This is a great local Italian restaurant. Authentic, run by Italians, slightly chaotic when busy (it took 20 minutes to get the bill and we had to ask three times) but a massive bargain for the quality of food served and a great addition to this area which has no shortage of mediocre and overpriced restaurants. The coffee was good too. I’ll be back. Despite the muffled music.