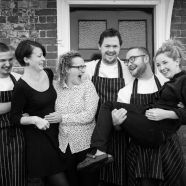 Lots of people ask me what my favourite restaurant is. I ought to have a stock answer by now, but I don’t. Like that other question, how many lawyers are there in your firm. I don’t really know the exact number. It changes. I sort of know. I could know. I quite like the not-knowing exactly.

But if I really had to compile a Desert Island Discs of my regular haunts, those restaurant records I play over and over, The Red Lion, at Britwell Salome, would be on that list.

Looking at the restaurants covered in this blog, I imagine that you wouldn’t expect a below-the-radar pub/restaurant in South Oxfordshire to be up there. It’s not particularly well-known, even though it’s starting to be recognised. It hasn’t been covered by the nationals. It’s not in a destination location. It’s neither glamorous or especially innovative and it isn’t country-trendy in a Kingham Plough sort of way.

It’s warm, it’s welcoming and it’s a labour of love, by Andrew and Eilidh, who care about the customers and the quality of the food they put on the table, week in week out; a changing menu of seasonal specials mostly locally-sourced.

And often, when I am sitting in there, I hear the most bizarre conversations. Last time, a septuagenarian discussing the sex life of Benjamin Britten. This time, a man in tweeds discussing gentlemen’s clubs in St James’s. It’s not Soho.

All of them treated to food which is, I feel,  better than they are expecting and better than they may know. But for those who know, it’s clear that this is very good and cooked with care. And it’s the combination of that quality and the enthusiasm of the owners as well as the warm welcome which make this, for me, somewhere I feel entirely at home.

Today, Sunday lunch. There are always roasts on the menu. They’ve even won an award – “Best Sunday Roast in the Morning Advertisers National Pub Food Awards 2013.” Not to mention a Michelin Bib Gourmand.

I chose potted crab on toast and C had the smoked salmon. The crab comes as a generous dollop, atop a  chunk of toasted sourdough, with micro greens, chopped chives and a drizzle of olive oil. The toast is good, the crab fresh, rich and tasty and all of it is presented with care. The home-smoked salmon, delicate strips of pale fish, was served with chopped cucumber, pickled beetroot and nasturtium flowers;  pretty as a picture, a perfect starter before the traditional plateful we’d both ordered for our main course.

If I’m going to review Sunday lunch, then I really have to review it on the basis of The Works, roast beef and Yorkshire pud. Beef comes from next door, at the Britwell Salome farm shop. It travels less than 100 feet, from farm to restaurant. They cook it slow and low, so it’s rare but melting. And with it? Roast potatoes, carrot and swede, parsnip mash, a roasted beetroot and my very favourite, the thing that pulls it all together for me, a carb-tastic light and airy Yorkshire pud. In fact I’d quite like one of those puddings that is so large that it is the actual plate. I can be very unrefined at times.

It’s a plateful but not an obscene amount, which is good, because it will leave you some space for dessert. I often skip dessert. I sometimes even say I don’t really have a sweet tooth. I sometimes even convince myself. But if they have got the coffee brûlée on the menu, I urge you to try it. I’m not a massive fan of flavoured brûlées though I’ve had a few fruit ones which I have managed to finish without noticeable complaint. I’m a bit of a brûlée purist at heart. But I’ve been converted.

It reminded me of chocolate cheesecake or hazelnut yogurt. So wrong it’s right. And because I really needed, churros (deep fried doughnut strips) shoved into a glass with chocolate goo at the bottom. C was very happy with the apple crumble and custard but I wasnt really listening at that point, happy with my brûlée and making those noises, you know the ones, as I was dipping my doughnut into the chocolate.

Do a detour here on a trip to Oxford, or on a visit to the pleasurable hell that is Bicester Shopping village. You could even get out of the car first, go round the village and pretend that you’d done a country walk. You wouldn’t be the first.

Apple crumble, before the custard drowning 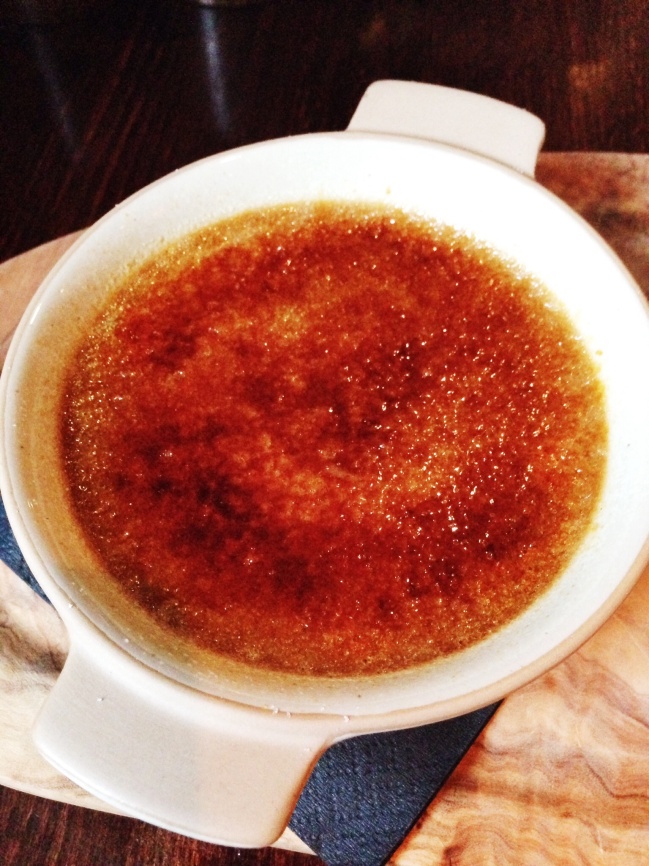 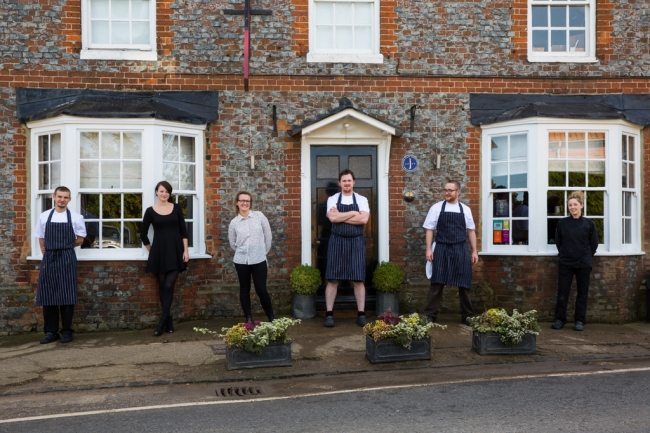 This one says it all 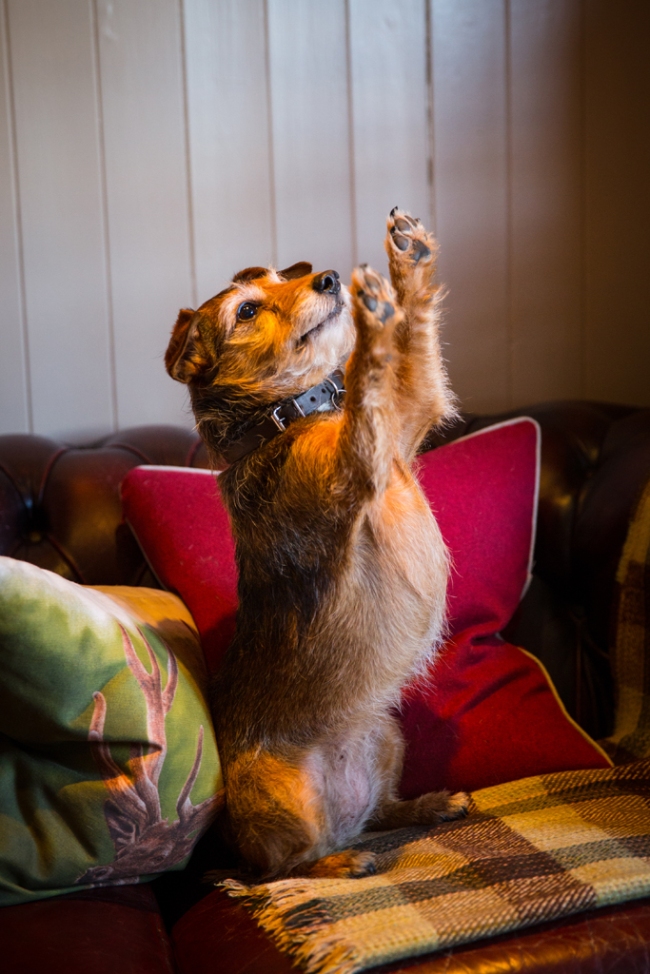 ← Flesh and Buns. Go, despite the name. The Guinea Grill. Gentleman’s relish. →