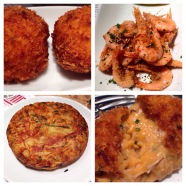 Regular readers will know that I don’t queue. I hate the whole no reservations thing, there for the convenience of the restaurant rather than the restaurant- goer. Not usually aimed at my demographic, I find that life goes on fairly well without having to stand around in a bar area for the chance of a few small plates or a bit of lobster.

You may therefore be a little surprised that I did not immediately turn on my heels and flounce out when told that the wait would be approximately an hour at this no reservations restaurant. I had arrived at 6pm, thinking that this would be safe. I was wrong. As it turned out, we were seated within half an hour, which gave me barely enough time to finish my rather excellent Tio Diego Amontillado sherry.

I am not, the shame, an expert in the art of tapas. This is possibly because whenever I mention tapas to C, the sky goes dark and the subject is quickly changed. He is not alone in his tapas – prejudice and I suspect that many others have eaten nasty patatas bravas, dry dull tortillas, warm sweaty cheese and slightly rancid olives at substandard tapas restaurants of which there are very many to be found in London, never mind Spain.

And granted, there are many things that conservative eaters might find slightly terrifying. Suckling pig’s ears and milk-fed lamb’s brain may not appeal to your average diner. They certainly don’t appeal to me. Not only that, but to the tapas novice, there are many things on the menu which are completely incomprehensible. Ortiguillas anyone? Very glad that the spirit of adventure didn’t grab me and make me order those without knowing what they were and knowing that they are Snakelock sea-anemones , doused in vinegar and deep-fried does not make them more attractive.

But I would not want to let that put you off, because there is much on this menu for even the most conservative diner to enjoy. Owned by Sam and Eddie Hart, this is a sister restaurant to the original Barrafina in Frith Street, Soho. The chef here is Nievas Barragán Mohacho, originally from the Basque region and who previously worked at Fino, part of the same group, where she worked her way up from a sous chef to executive chef across the group within five years. Not a slacker then.

The menu is divided into cold meats, fried things, tortilla, seafood, chargrilled meat, vegetables and the daily specials, which are changed twice a day, so it’s quite straightforward to navigate. There was so much that I wanted to eat that I immediately asked my dining companion, H, to give me a pen so that I could mark a cross against all of them on the menu. I have never felt the urge to mark a menu. We had not ordered everything on the list before the waitress stopped us: “I think that’s maybe enough” she said, not quite understanding who she was dealing with.

And we started with toast and alioli (garlic mayonnaise), moving on to the crab croquetas, each the size of a golf ball, deep fried in breadcrumbs and filled with oozing béchamel sauce, shredded crab and chopped herbs. This was spectacular.

Because my companion H will not order anything that he could make at home or buy easily we skipped the Jamón Iberico de Bellota , but I can’t say I’m not still thinking about it, having seen it on the next table.

Artichokes, deep-fried with yet more alioli were another revelation. Oyster, deep-fried and served with lime and chilies were delicious, but at £3.80 each, quite expensive for one the size of a marble, like mine. H feasted on one double the size. Oyster envy.

Yet more garlic, came with the deep-fried gambas, served simply with chopped parsley and lemon. I scooped up some of the chopped raw garlic sitting under the prawns. It took two days for the subsequent death breath to disappear.

From the daily specials, the grilled sardines with red onions and parsley salad were smoky, plump and delicate and without question the best I have ever tasted. Also spectacular was the tortilla with prawns and ceps. Assuming that I do not have to explain the concept of tortilla, this was rich and delicate with thin slices of potato stacked throughout, fat juicy prawns and chunks of cep in a creamy interior. For £7, this was a bargain. A meal in itself for somebody who eats moderately, should you know anyone so inclined.

Desperate for something from the offal spectrum, H insisted on milk-fed lamb’s kidneys, which is a dish that I would have passed over quite happily. And what I would have missed had I done so. Out came a metal grille under which sat a large lump of charcoal bellowing out smoke and infusing the fat, soft kidneys with that wonderful chargrilled taste. I am a big believer in fat adding flavour and this was a prime example. And joy of joys, no ammonia.

We ended with a large platter of Spanish cheeses which came with yet more bread. H particularly liked the Picos de Europa, and I was gratified to discover there was, finally, something on the menu that I knew more about, because quite frankly, he wiped the floor with me in terms of tapas expertise. And thank God for that, because otherwise I might have ordered sea anemone.

If you are planning a little trip to Barrafina and I really really think that you should, please allow me to give you a few tips:

1. Look at the menu online before you go and Google the things you don’t know because it’s hectic and you won’t have time to do it when you’re there.

2. Get there no later than opening time or accept that you will have to queue.

3. Understand that you will be sitting on a stool at a counter and not at a table so this is better for two people, not a group.

4. If you are going on somewhere else afterwards make sure that you buy some mints. Strong ones. 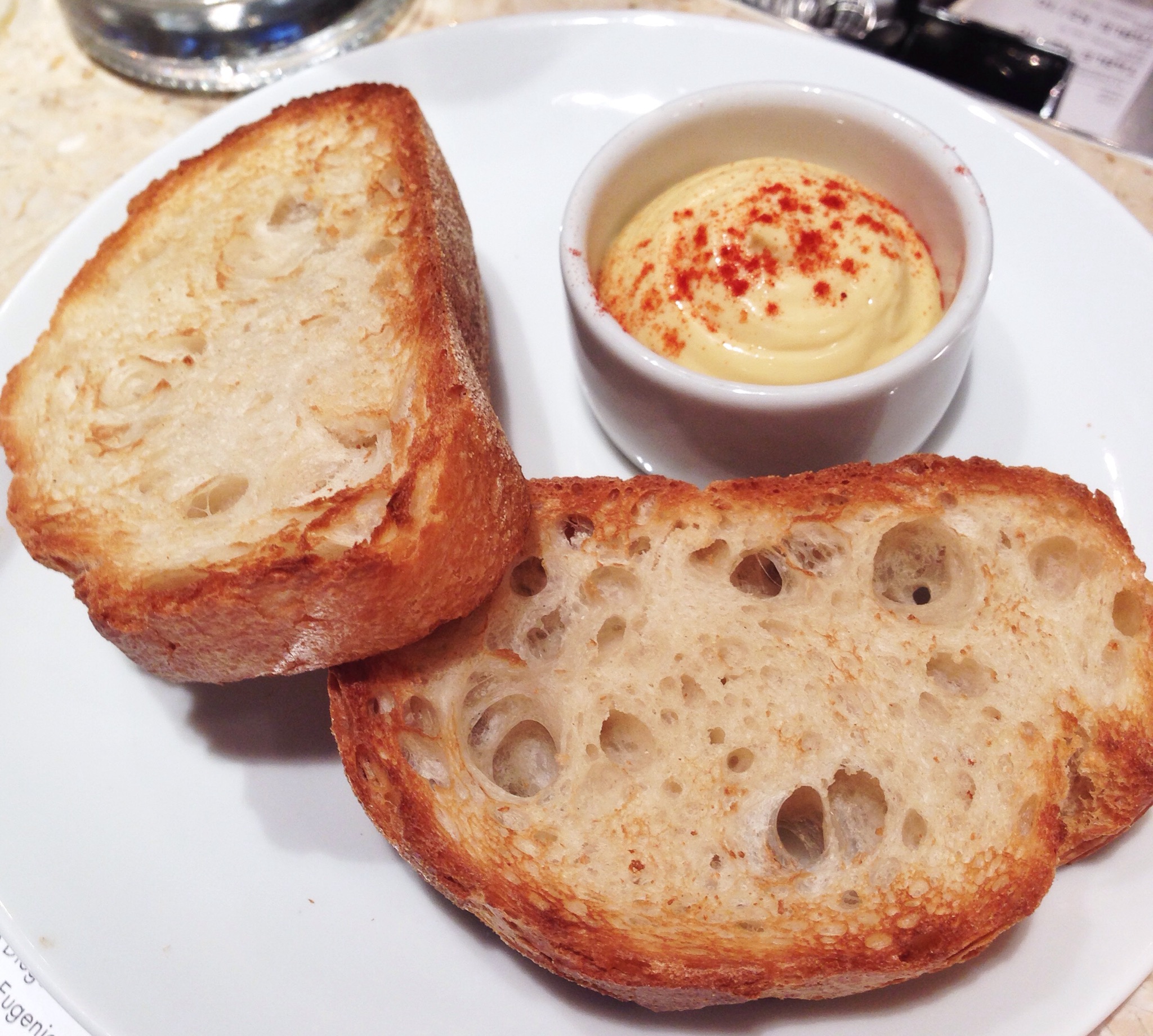 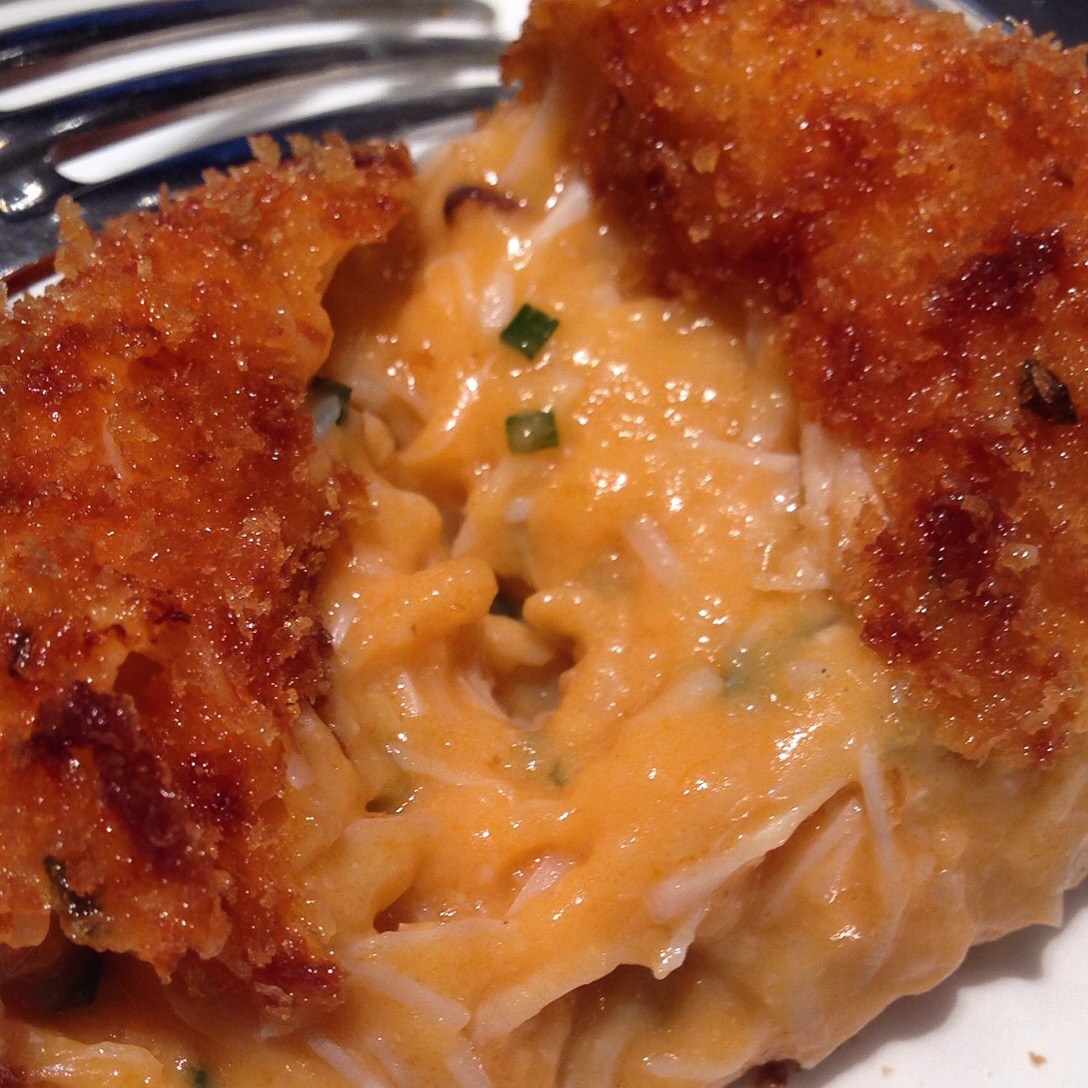 The glory of gambas

Fatty. Because Hugh loves them. 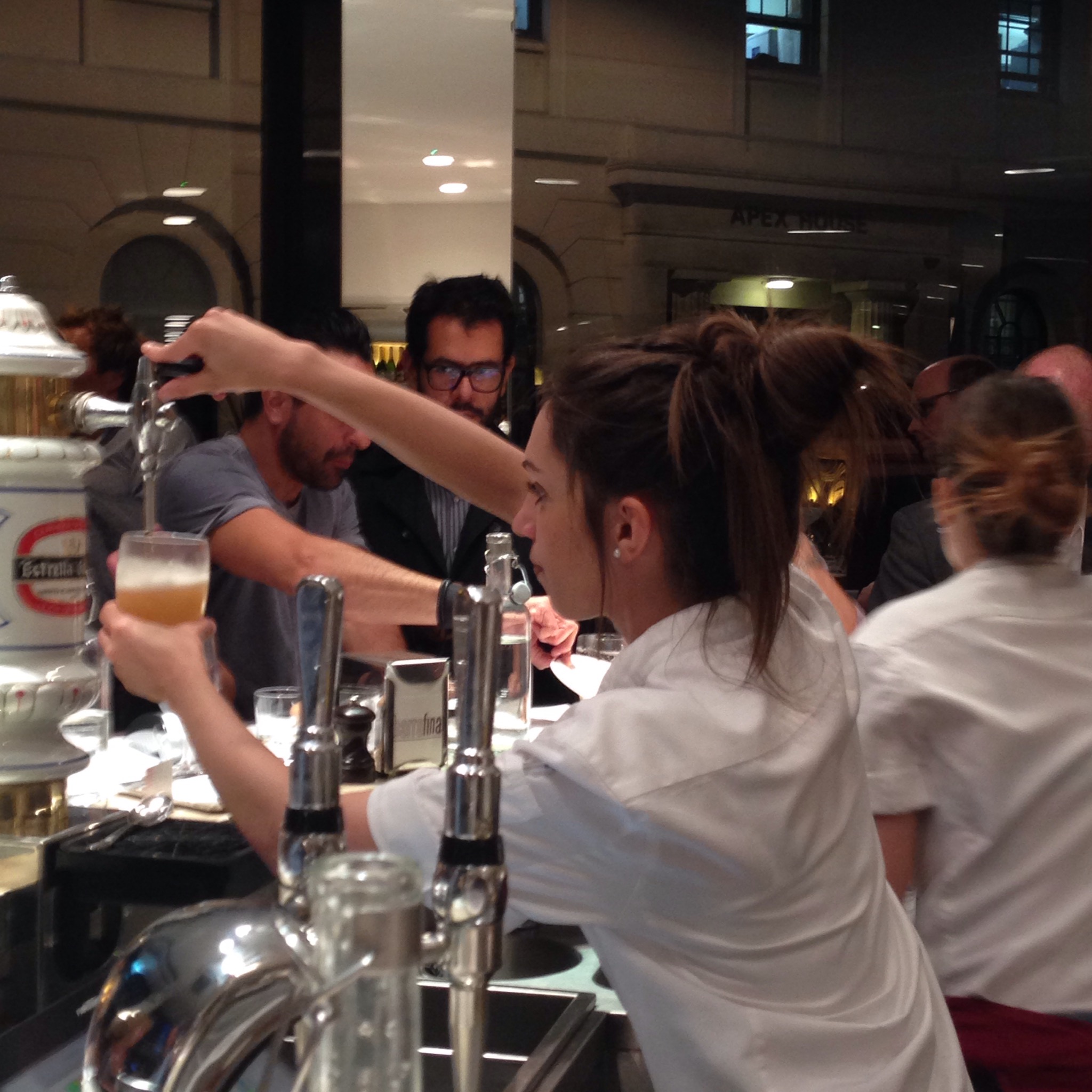 Beer on tap. If that’s your thing.