He’s keeping a close eye on it, is Mr King. So far I’ve been during the soft opening, for two breakfasts (not together) and a rather leisurely lunch and he’s been there twice, doing that thing he does, welcoming you at the door in that charming yet slightly intimidating way, as he towers over you, making sure that everything is just so.

He and partner Chris Corbin are the owner-proprietors of the new Beaumont Hotel, in Brown Hart Gardens, behind that strange ornate electricity substation just off Duke Street. Brown Hart Gardens? It’s the road opposite the front entrance of Selfridges, my second home.

One of those buildings you wished someone would rescue, this Grade II listed Art Deco building was completely redeveloped  to create a brand new five-star hotel in the heart of Mayfair. And it has a rather spectacular sculpture on the outside, by Anthony Gormley. A large Lego-type crouching man, it is part of a suite called, simply, Room. Apparently rather sparse and monastic in feel, you can stay in Room if you like. I don’t know how much it costs, but I don’t want to ask, as the not knowing is less problematic than the not affording.

As you would expect from the owners of The Wolseley and The Delaunay, the Colony Grill Room, its main restaurant,  is the centrepiece of the hotel. To get to it, you have to go through the dark and atmospheric American Bar, where you can have a shorter version of the menu and a bottle of house for a very reasonable £19.75.

The restaurant is all Art Deco murals, plush leather seating and a lot of brown, on two levels.  It’s very male. My friend E called it a winter room. The lack of windows mean that it’s very easy to lose track of the time.  There has been some mention of a sort of fictitious backstory, referencing that iconic New York hotel,  The Carlyle, and there’s definitely an attempt to create that sort of smart sassy classy environment here. But however skilled Corbyn and King are in the art of artifice, it’s still artifice and there’s something about a grand hotel which only comes with age.

I do very much like it as a place for a working breakfast. A pile of delicious carbohydrates, in the form of various pastries, muffins and croissants fills a large central table and a good  selection of breakfast classics awaits.  You could have pancakes with berries , or Eggs Arlington, but because I only ever eat boiled eggs and soldiers when I go out for breakfast, my review is somewhat limited. But it was fine, when they remembered the spoon and I did ask for more toast which they forgot and then they took it off the bill altogether, which was very good of them.

Lunch was an altogether more leisurely affair. A chopped salad was slightly lacking in zing. A little too cold, it felt a bit here’s one I prepared earlier. Also little drowned in the dressing, the salad was laid out in stripes.  It promised more in looks than it delivered in taste. A shrimp cocktail comprised seven medium-sized prawns, again quite cold, with a tomato salsa in the middle. I think my companion was a little disappointed, having expected a bit of a Rose Marie affair.

The daily special, the fish stew, was far more successful. A rich, intense cream sauce, with big chunks of white fish and juicy plump mussels,  this was something I’d gladly order again. I had to mop up the sauce I couldn’t capture by cutlery with extra bread.  Creamed spinach, an entirely unnecessary side dish,  one of those last-minute panic buys was perfect, with just a hint of nutmeg and lots of cream.

There was a fairly hefty delay between the starter and the main, so much so that we were asked to choose a bottle of wine, whilst waiting. That’s the thing here – it may not yet be running like the Rolls-Royce engine which is the Wolseley, but they deal quickly and properly with any glitches.

There were desserts on the menu but I honestly can’t remember what they were. This is because I knew that there was the possibility of a Colony Club Bespoke Sundae, so I paid the menu no attention. The make-your-own sundae gives you a choice of six flavours of ice cream, the only ones you need to know about being hazelnut and pistachio, six different toppings, highlights: peanut brittle and chocolate flake and six sauces, highlights: hot chocolate, salted caramel and bourbon Anglaise.

I am afraid that I did tick every box before I gave my request to the waitress. It was my childish response to a child-friendly menu. In the end, I settled for just the two scoops of ice cream with a hot chocolate sauce. There are potentially hundreds of combinations and I suspect that I will be trying a fair few.

For  somebody who doesn’t do thrilled s a rule I am actually genuinely thrilled to have this C & K venture not five minutes walk from my office. With its sensibly-priced bar and its grown-up restaurant, I can see that I’m going to be a regular for my client entertaining. Away with you, substandard restaurants of North Audley Street, Colony Grill  Room, you is my restaurant now. 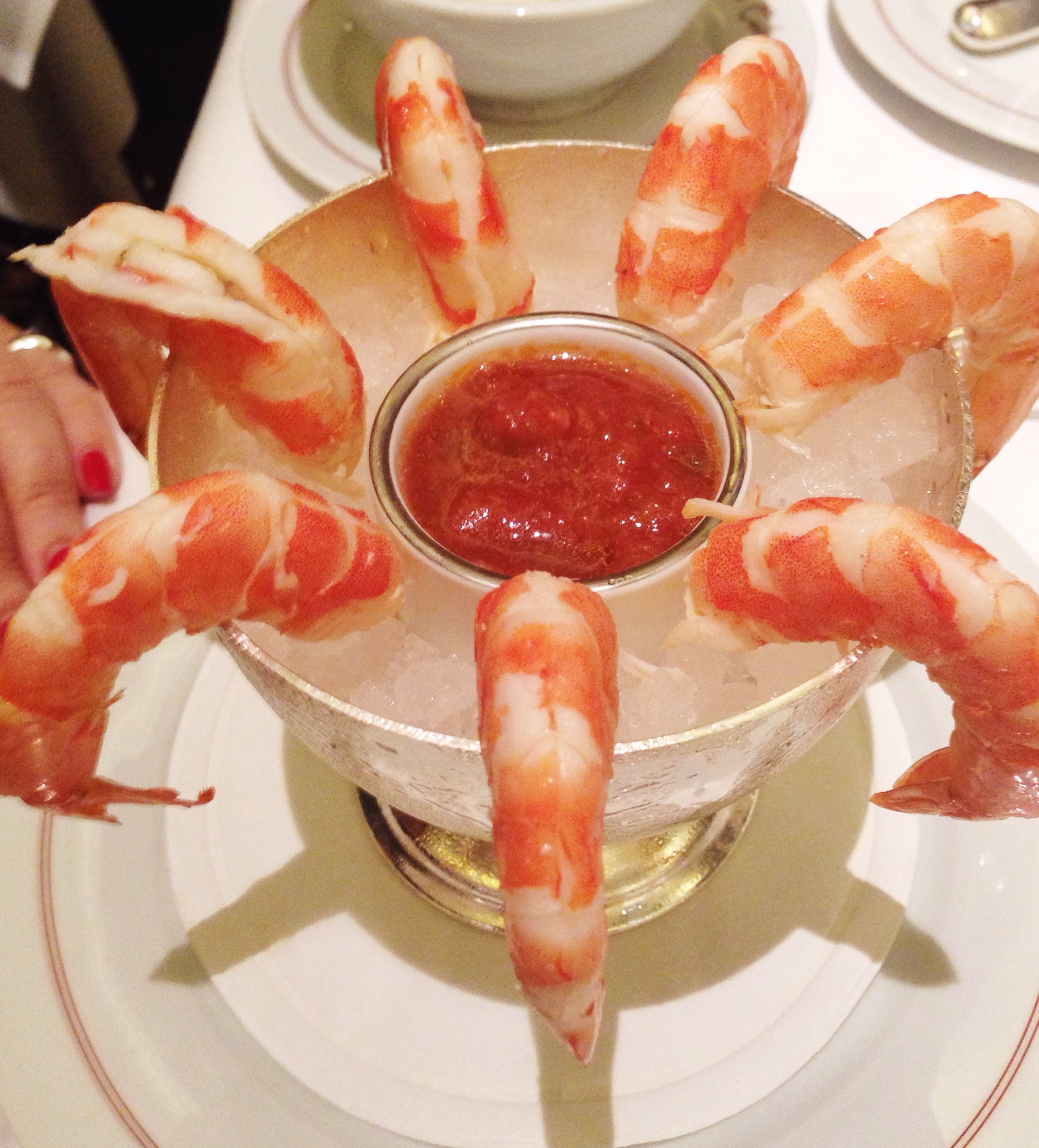 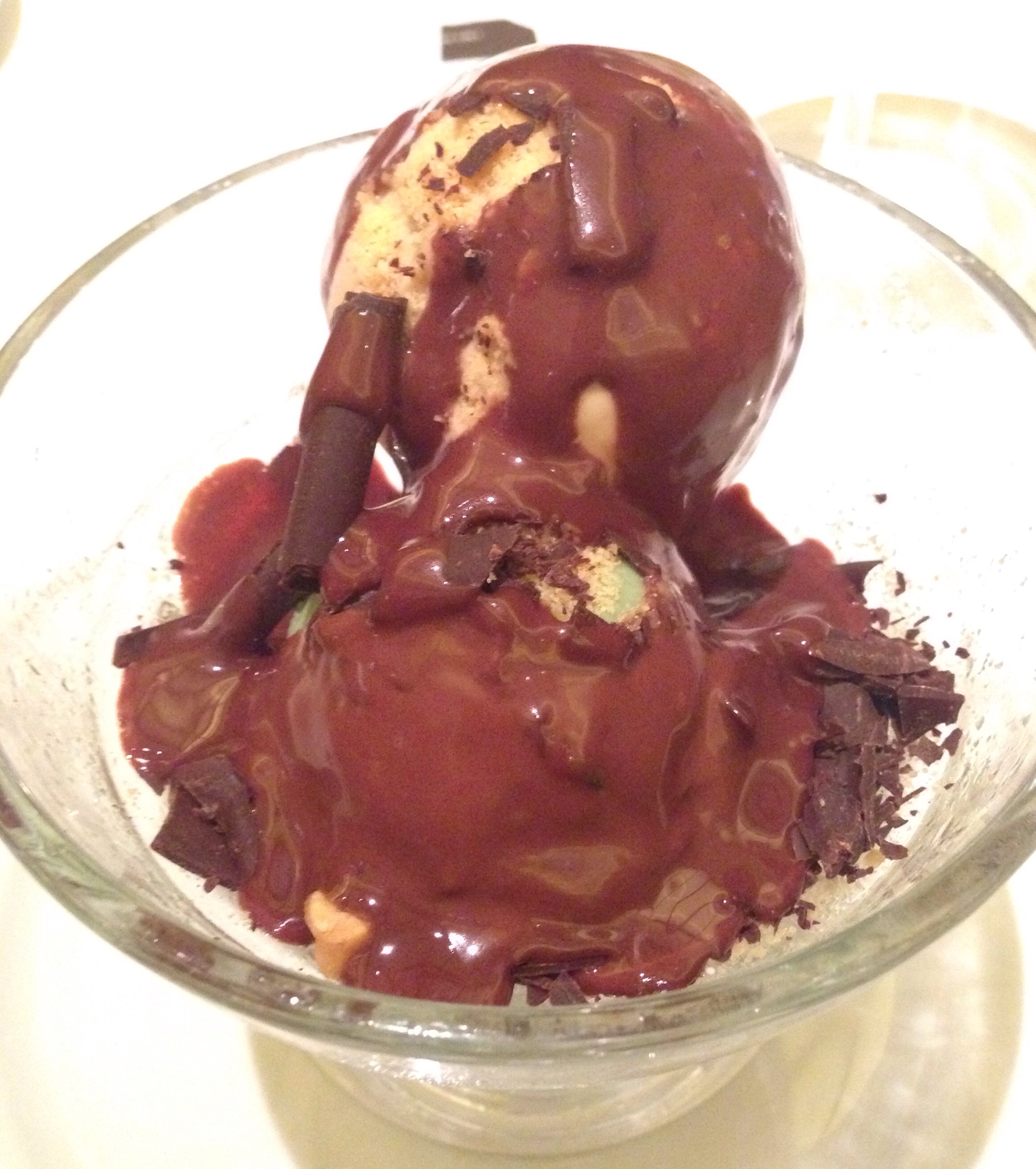 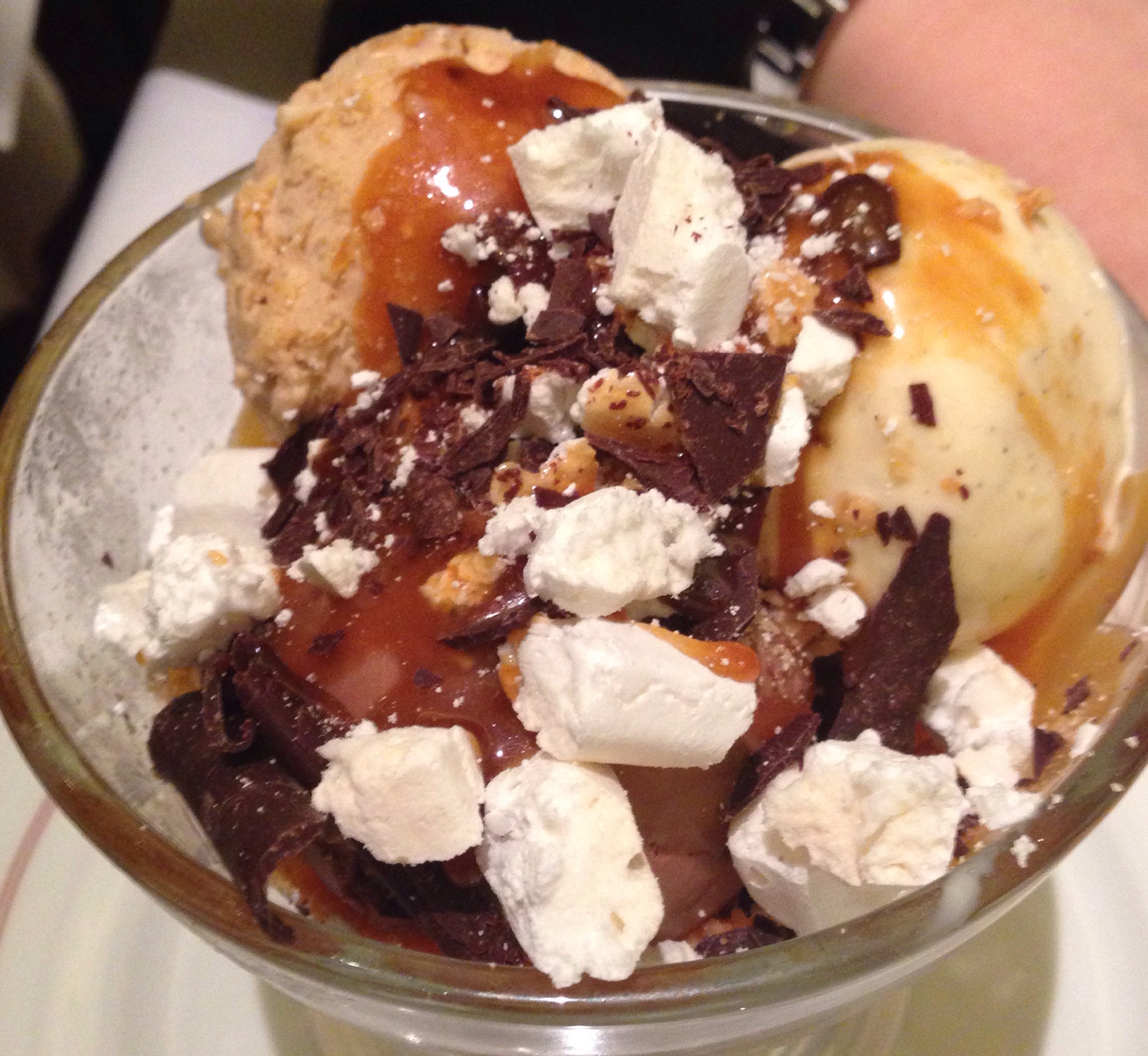