We’d escaped to the Beckford Arms at the weekend,  a gastropub with rooms, deep in the heart of the West Country. Despite being run by boys who look like they should be in a Boden catalogue, it’s well worth a visit.

Those boys must have known I was coming, though,  because amidst all those old copies of Grazia and Wiltshire Life in our converted barn was just the one book, Fergus Henderson’s Beyond Nose to Tail, A Kind of British Cooking, Part II. Inexplicably, I didn’t already own it.

And whilst I’m unlikely to make Trotter Gear and I will never knowingly eat Braised Squirrel,  I will be trying to recreate their chocolate ice-cream, the memory of which is still with me from my first tasting of it, the only bearable part of a law firm departmental dinner, circa 2001.

What I like most about the book is that you can hear the chef on every page. There’s a dry, sardonic humour and a northern eschewing of fancy-shmancy which speaks to me. What it says is that this cooking is the bollocks. Which delicacy Fergus Henderson would undoubtedly wish you to eat, in a respect-for-the-whole-animal sort of way.

So,  coming back on the train to London, I do the Opentable scroll of desperation, looking for something comforting and familiar and up pops St John. After the book revelation it’s clearly a sign,  and I reserve a table straight away.

I have not set foot in St John for at least 8 years but nothing has changed other than the floor appears to have been repainted, although it appears to be the same colour. I can see no change to the tiny kitchen, the sparse, utilitarian, all-white dining room or the functional table setting.

Copied by many but bettered by none, this restaurant was radical when it first appeared in 1994 and still feels modern. The staff are dressed mainly in white and as we are in Clerkenwell, no-one in the room appears to be wearing a colour outside the black/white/navy/grey spectrum.

We peruse the menu as we hoover down the excellent sourdough. As I recall, the descriptions are nothing if not brief. None of your multiple ingredients or fancy foams; there is nothing here that could not have featured when they first opened. I know that there will be none of those pointless back-of-spoon purées across the plate. It will pass the smear test.

C says he will skip the starter as he is saving himself for dessert. I have strongly indicated my desire to order the treacle sponge for two. As I walked over sixteen thousand steps the day before, hilly ones,  I feel that it is my due.

But first there are the green beans and roast shallots to be tackled. I forget until later that although I love shallots, that love is unrequited, and I am forcefully reminded of this at the gym and so is everyone else within a certain radius. But, soft and sweet,  the shallots are worth the wind, the accompanying beans cooked to edge-of-crunch perfection and dressed with a mustardy vinaigrette, the only extras a few chopped herbs and rocket leaves. C digs in, despite having refused to order a starter.

“It’s very good,” he says, taking some more. “Yes, it is” I say and “why didn’t you order your own starter then?” I don’t actually say, in a rare show of reticence.

Reverting back to his normal modus operandi, he does not wish to try my main course, the butterbeans and chard. In the original it does what it says on the tin, this is a dish of fat, firm butterbeans and fresh braised chard, in a light gravy, or jus, as we wouldn’t call it here, unless we want to be shown the door. I love it, although I could see why those favouring complicated assemblies might regard it as, well, a little simple. It is anything but, with its simple topping of herbs, in a strong mustard dressing, cutting through the mildness. I think it takes a special sort of skill to make the simple sing and this is what St John does so very well.

Also making an appearance are the magnificent sprout tops I order as a side dish. C  has an irrational sprout prejudice, which disappoints me. He orders roast lamb, with white beans and aïoli. The lamb is cooked to pink perfection, and the haricot beans, braised with celery, leek and more of the dread shallots are wonderful. He’s practically purring by this point. I spoon the aïoli on its own, not before forcing C try the sprout tops and admonishing him for leaving the crisp edges on his lamb chop, which I cajole him into chewing, using his hands. It’s for his own good.

We look at the dessert menu. I’m not sure why we need to, as you know, treacle sponge, but C clearly has other ideas. Pear and sherry trifle. Hmm.  I could (so easily) argue but I’ve spotted the chocolate and pistachio terrine that I could give a run for its money and I can’t say a late substitute has caused too much consternation on the bench as I graciously concede.

I am consoled in my treacle sponge privation by a slab of a silky, dense, intense, smooth distillation of all that is wondrous about the cocoa bean. Dare I say it, the chocolate terrine is a superior version of that game-changer of the 90s, the Nemesis. Here, served studded with crystallised pistachios and simple-but-essential crème frâiche, this takes my breath away. As memorable as that chocolate ice-cream, but in better company.

Verdict? I don’t know why it’s taken me so long to get back to St John, a former favourite. I’ve been side-tracked by a few of its imitators, some of which are very good indeed, but side by side, they don’t quite stand up to the original. St John is a true original and  Mr Henderson was and remains the daddy of them all. 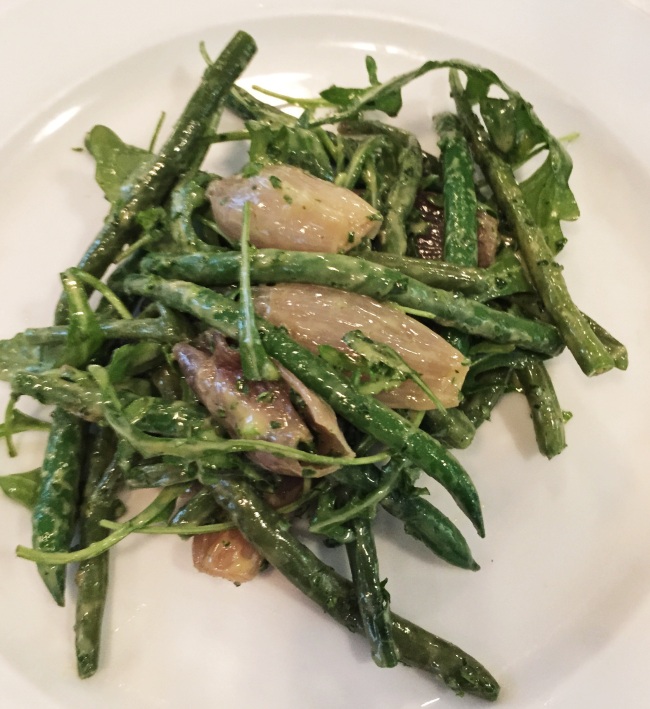 Beans beans, good for the heart. Shallots. Not so much. 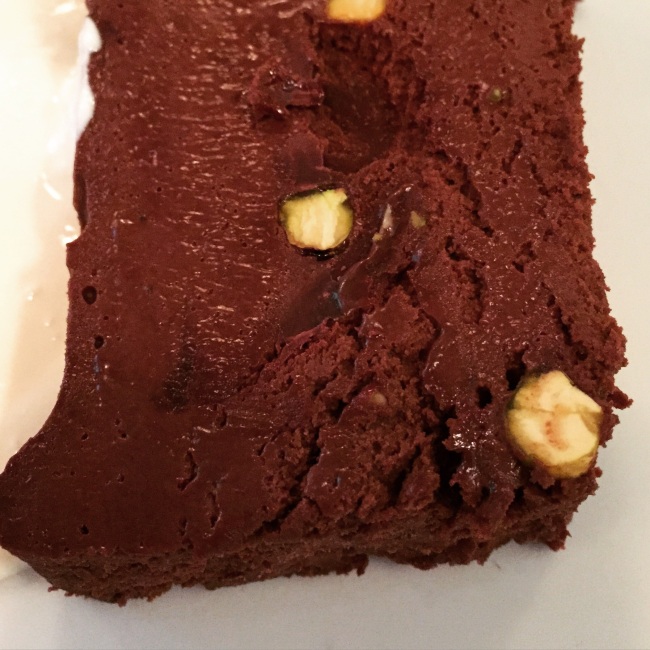 The close-up. You know you want to.