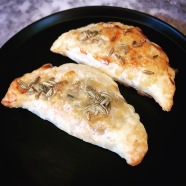 Jikoni. Coming in from the cold.

Is that the  Italian? I am asked this question each time I mention I am going to Jikoni. Full disclosure:  I am asked it four times. This puts it into the category of a slight issue.   Try saying it next to “Cecconi”. See?

And today you are witnessing  a tentative toe in the water, back to writing about a new-ish  restaurant, rather than just avoiding temptation and various food types. I’m still doing that, although I have loosened the straitjacket marginally and allow myself the odd foray into fat-forming food. I am also trying to practice moderation, which is quite an ask for an all-or-nothing black and white personality type. Because I sound like a boring bitch and you may wish to stop reading for fear of too much restraint, please be assured that a) I will never knowingly under-order and b) I have never entirely abstained from the booze, though it has been a more moderate me next to the wine bottle.

Jikoni means kitchen in Swahili; a little trawl on the net suggests that the menu is fusion, but not of the ubiquitous pan-Asian variety. This is, apparently,  British, Middle Eastern, East African and Asian. Whilst there are some unusual combinations – I give you Prawn Toast Scotch Egg with Banana Ketchup and Pickled Cucumber –  my first impression on reading the menu is that this is broadly modern Brit-Asian, if that is, indeed, a thing.

I am early, as is my wont and my nose is running because it is cold and there has been hail. Of course there is, it is nearly May.  I am taken to the table I would have chosen, given a choice. It’s the mafia-boss I-can-see-the-whole-restaurant one. I look round. The décor is simple quirky café; lots of cushions, pale pastel colours and pretty Indian-print tablecloths. It looks like it may have been done on a shoestring and is none the worse for that.

I am offered water whilst I wait (tick) and proceed to look at the menu, though obviously there is no real need as I have control-freaked earlier and looked at it online.

Because they are there, we have the Pondicherry Prawn Puffs. It’s the law. Like mini Cornish pasties, these are fluffy pastry crescents  containing  a gently-spiced prawn and potato filling, which oozes from the centre. They are quite doughy and I allow myself only the one bite. They are good but not so that I am forced to abandon my restraint and guzzle the rest down.

The peanuts with lime leaf and Togarashi  pepper  are, however,  slightly more difficult to resist. I love a spicy Thai peanut as much as the next girl in fact much more than the next girl and I am forced, in the end, to move the dish  to the other side of the table.

We have a rather amusing moment whilst ordering, where the waitress clearly thinks we are going to order one “big plate” between us and worries that that might not be enough food. Bless. We proceed to order more than is usual for two people, almost by way of compensation but mostly because we just want it all and she relaxes and lets out what I suspect is  a slightly embarrassed laugh at the excess. We realise later that one of our dishes did not arrive  and I wonder for a moment whether that is purely accidental.

Lamb brisket with burnt aubergine comes as two slices of spice-coated meat, on a baba-ganoush style paste, dotted with pickled peppers and chillies. There’s a deep-fried sort of flatbread which is a bit oily for my taste. Also a little on the greasy side are the Okra Fries, but the Green Bean Thoran (dry curry with cashews and coconut) is spot on.

This follows Chicken Skewers, served  with a sweet/sour peanut paste,  which I would really just call chicken satay in another incarnation. I find the sauce a little too sweet but then when you’ve avoided sugar for seven months this is what happens and I suspect that normal people would find that it was just fine.

A Saffron Seafood Stew has katafia pastry over the top but I’m not sure it really adds much,  as it melts into the stew. It’s good for presentation purposes as the dish otherwise looks slightly uninviting.  It’s a tomato-based festival of fish and tastes better than it looks.  I can’t say that it was particularly original (what is?) and I can’t say it was particularly exciting, but it was fine for the price.  I should have ordered the lobster thing. Next time.

We don’t drink much; I have a glass of prosecco in a boring and conventional let’s try not to do much damage way and B chooses from a good by-the-glass selection. Prosecco. It’s almost like not drinking isn’t it?

You will not be surprised to learn that there were no desserts involved, not that they didn’t look inviting. That’s not what we do anymore so you’ll just have to look elsewhere if you want to go carbside.

I enjoyed my evening at Jikoni, though I think a lot of that had to do with the company and the atmosphere rather than the food. It’s not that there is anything wrong with it, other than it lacks  sophistication both in terms of the putting together of ingredients and the  presentation, so I wouldn’t go back for the food alone. But I would go back, always the acid test.

Big pluses are the excellent service, reasonable price point, relaxed atmosphere and a clear desire to please. It’s a good addition to the Marylebone scene and one which would work for a solo outing or just drinks and snacks as well as a full meal. It’s a slightly East London-style refuge, for those of us based in the West End who don’t want to have to spend a ton on an average meal in the latest iteration of the “it “place and a brave venture in an already overcrowded Marylebone restaurant market.

the puff-daddy of pasties 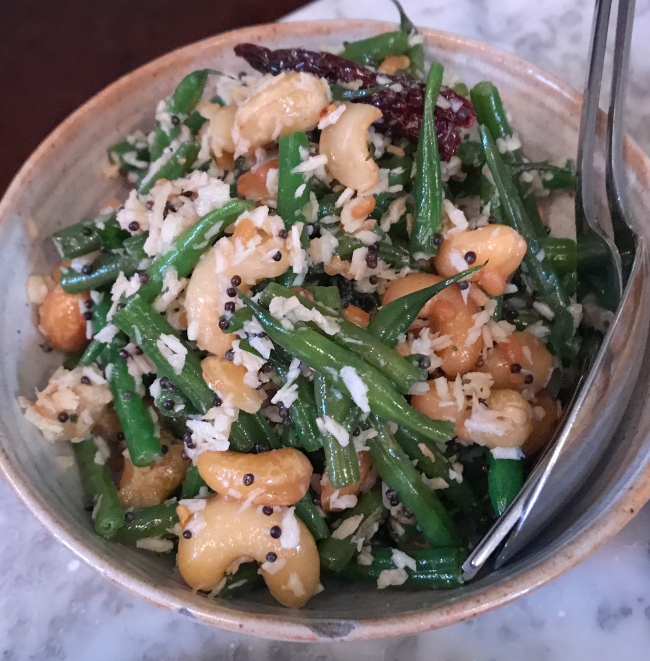 Skewers. not top marks for presentation, don’t try to think what it reminds you of, but it tasted real good.

Seafood stew under that pastry layer. 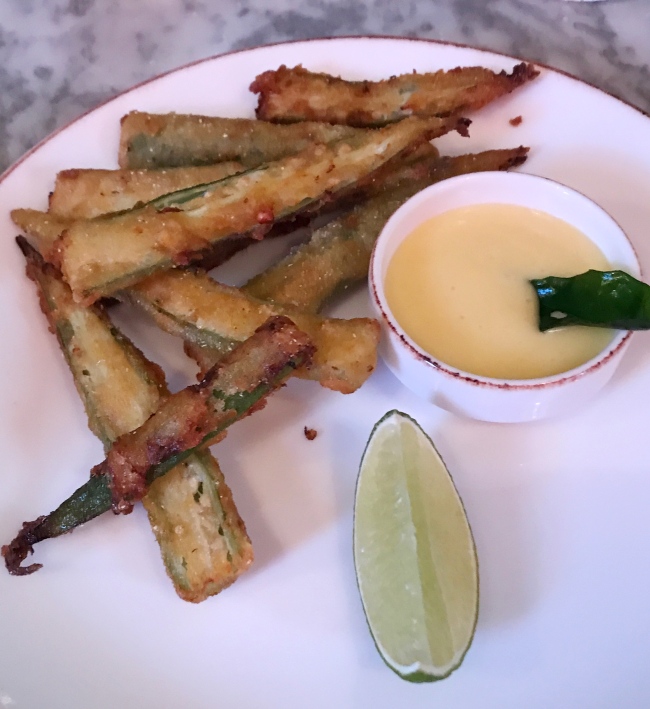 okra – sort of courgette-fritti but not quite