Jikoni. Coming in from the cold.

Is that the  Italian? I am asked this question each time I mention I am going to Jikoni. Full disclosure:  I am asked it four times. This puts it into the category of a slight issue.   Try saying it next to “Cecconi”. See?

Did you enjoy it? Asks the waitress, for what,  by this point,  is the third time. I’m not enjoying your service style, I don’t say, even though I’m getting steadily more irritated as the meal progresses. 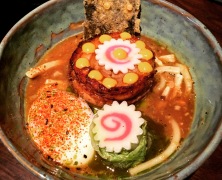 If I were given the power to make the law, rather than just interpret it, I would rule that all toilets had to be in the Japanese style. Features include a heated seat which flips down to welcome you,  strategically-placed jets to wash you down, and a built-in blowdryer to conclude proceedings. It senses when you have finished […] 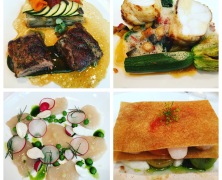 Did you know there was a restaurant in Bonhams Auction House in the West End? It’s been open since the end of 2014 and already holds a Michelin star. Not bad going for the young chef, Tom Kemble, in charge of his own restaurant for the first time. Kemble has worked at the legendary Faviken […] 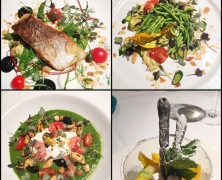 “God, the pressure, choosing for you, you have no idea what it’s like,” says M, Head Clerk of an cracking set of barristers’ chambers we use all the time. “Honestly, I’m sure it will be absolutely fine, really”, I say, not sure about any such thing. 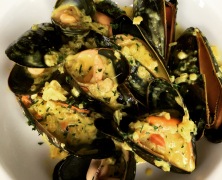 Foreword: I’ve been told by an eminent QC that I’m losing my touch and am being too nice in my reviews. “I like the ones where you hate it”, he says, “far more entertaining”. I cited in my defence a number of my less than glowing reviews but to no avail. Whilst he was only half […]

I’d tried to get into my standby, Roka Mayfair and the voice-without-warmth on their reception told that I might be able to get a walk-in, if I was lucky. It seems that even if you go somewhere at least once a week and you and your colleagues take clients all the time, well, they still […]

45 Jermyn Street. The Fountain Room gets a facelift.

I once bunked off a school outing to that London. We were meant to be seeing the Treasures of Tutankhamun at the British Museum. My partner-in-crime Jacques, so much more sophisticated, not to mention three years older,  took one look at the snaking queue and suggested hot chocolate and an ice-cream sundae at Fortnums. I’d never […]

Noble Rot. An affair to remember.

On entering, there is triggered a dim and distant memory of a rather louche afternoon spent here some time ago, in the entertaining company of a rather reprobate lawyer. This was before we all became slaves to modern technology and when you could just go AWOL for the afternoon, without someone thinking you were dead […]

My first impression is that they have spent a small fortune on the fit-out and my second is that I want to stay in the bar. Chutney Mary is the pimped-up reincarnation of the original restaurant of the same name which, until very recently plied its trade at the bottom end of the King’s Road. […]