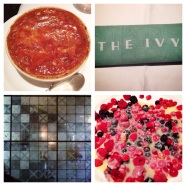 The Ivy. Clinging on.

I have lived in London for 33 years and I have never, until now, been to The Ivy. So long has it been a part of the restaurant scene that I thought it had been there, in its present form, for decades, but (I was surprised to find) it has only been around in its current incarnation since 1989, courtesy of those masters of the slick and the smooth, Corbin and King.

Of course, The Ivy was there long before the Corbin/King rebirth; since 1916, in one form or other, when it was set up as an Italian restaurant by Abel Giandelli. Not that it was called The Ivy then. According to legend, the name came about because an actor overheard Mr Giandelli apologising to a customer over some renovation works. Don’t worry, said the actress, we will always cling to each other, like the ivy. I have no idea as to whether that is an urban myth, but it sounds good and as we can’t check with Abel, it will have to do.

Owned by a number of operators, including Wheelers, the restaurant had become sad and unloved before the golden boys took it over in 1989. They commissioned a well-known architect to revamp the interior and some world-class artists, including Eduardo Paolozzi, Howard Hodgkin, Bridget Riley, to create murals and artworks and then, having recreated the glamour of The Ivy of old, they milked their Caprice and Langan address book and turned The Ivy into wannabe central. And there it stayed. The Ivy was taken over by Richard Caring in 2005, who opened up the fantastically popular Ivy Club, next door. And according to those who know, the change of hands was barely perceptible. And if you like Caring restaurants, I imagine that you’ll love this. And if you may have gathered that I’m not a Caring groupie. But of all the Caring restaurants I’ve tried, I like this best.

Like a Bentley, this; I’d never want to actually own one, even if I could afford it. My wet liberal conscience would prick me to death. But I’m happy to take a ride in one every now and again, even though it isn’t my natural mode of transport. It’s comfortable, predictable and safe, like gliding around on a giant, elegant leather sofa.

In the days before I became sensible, I once borrowed a Bentley and driver, sneaking out of a dull, endless property industry bash. A developer I know offered me the use of it (and driver) for the afternoon. I think he thought I’d refuse. I could have gone to a gallery, or for afternoon tea, but instead I rounded up a few partners in crime from the event and we went to Poste Mistress in Covent Garden to look at shoes. I think the chauffeur might have been shocked at some of our questions, on the way there. And when we spilled out of the limo, he held the door open for us and I think I heard a tut.

There was a time when I really wanted to go to the Ivy, probably in about 1995, but the moment seemed to pass and it became less enticing, the need to try it less urgent and the possibility of getting into it more remote. So I forgot about it and it slipped off my restaurant radar. So when the always-surprising J suggested that we go and what’s more that she could get a table at will i.e. On that very day, at 7.30pm, I jumped at it. Not literally, mind what with the back and all but quietly. Still quite hard to get into, I wanted to try it. I wanted to see that famous interior. Dammit, I wanted to be able to say I’d been, even if it was twenty years too late.

And so we went into the ever-so-comfortable interior, more cruise-liner diner than restaurant and I ordered the obligatory Kir. After a minor word in the maître d’s shell-like, the inestimable J managed to bag us the table on the left-hand-side which allows you to look at all the slebs. Or would do, if there were any. I did see the owner of a very famous bookshop, whose headquarters is not a million miles away, but I don’t think that’s going to get the Daily Fail sidebar of shame very excited. You will be sharing this space with people who booked sometime in the late 1990s, or people like J who have their own particular method of getting in and a few people on a big night out Up West.

I noticed a few elderly mother-daughter combos and one or two mother-son ones too. Unless they were cougar/toy boy pairings. Possible. Likely, even.

And the food was passable. My popcorn shrimp wasn’t covered in what I would recognise as popcorn batter . It was deep-fried, battered shrimp, served with a side of hot sauce. Like you’d get in a chip shop. Adequate, but not what I was expecting. It came in a cone though, in grease proof paper with an ivy pattern on it. So that’s alright then. The slow-cooked Lincolnshire beef and onion pie was, at least, what I was expecting, though the pastry was neither puff nor shortcrust, just something in between the two.

And neither do I recall any onion. But it tasted fine, and it was a reasonable portion. But it came with no sides. Mashed potato looked in order, so order I did. I’d finished half the pie before it arrived, but no matter. Parmesan fried courgettes sound inviting don’t they? Don’t be fooled. Deep fried and lacking in any discernible courgette flavour, these were horrible. If you’d told me they came from the freezer cabinet in Iceland I’d tell you to return them as not up to standard.

And then we had one of those debates about the dessert-we-didn’t-need. The waiter, when asked whether we should have the tasting plate put us off with his description. I was grateful and I loved him for his honesty. Forcing us to reject the tasting option, we chose the Scandinavian iced berries with hot white chocolate sauce. I wasn’t keen, but I liked it more than I had expected. Admittedly, the bar of my expectation was exceedingly low at this point. But it had wild strawberries in it and I can never entirely diss a dessert containing them. Even if freezing renders them relatively taste free.

It’s really not about the food, which is perfectly adequate, grown-up nursery food. The Ivy is all about the room, the service, the buzz, the history. It’s no longer about slebs, unless they’re on the Z-list. The smart money goes to the Club next door and the slebs are elsewhere, at The Wolseley and the like. Which is no bad thing. Treat yourself to a slice of dining history, sit back and enjoy the ride. 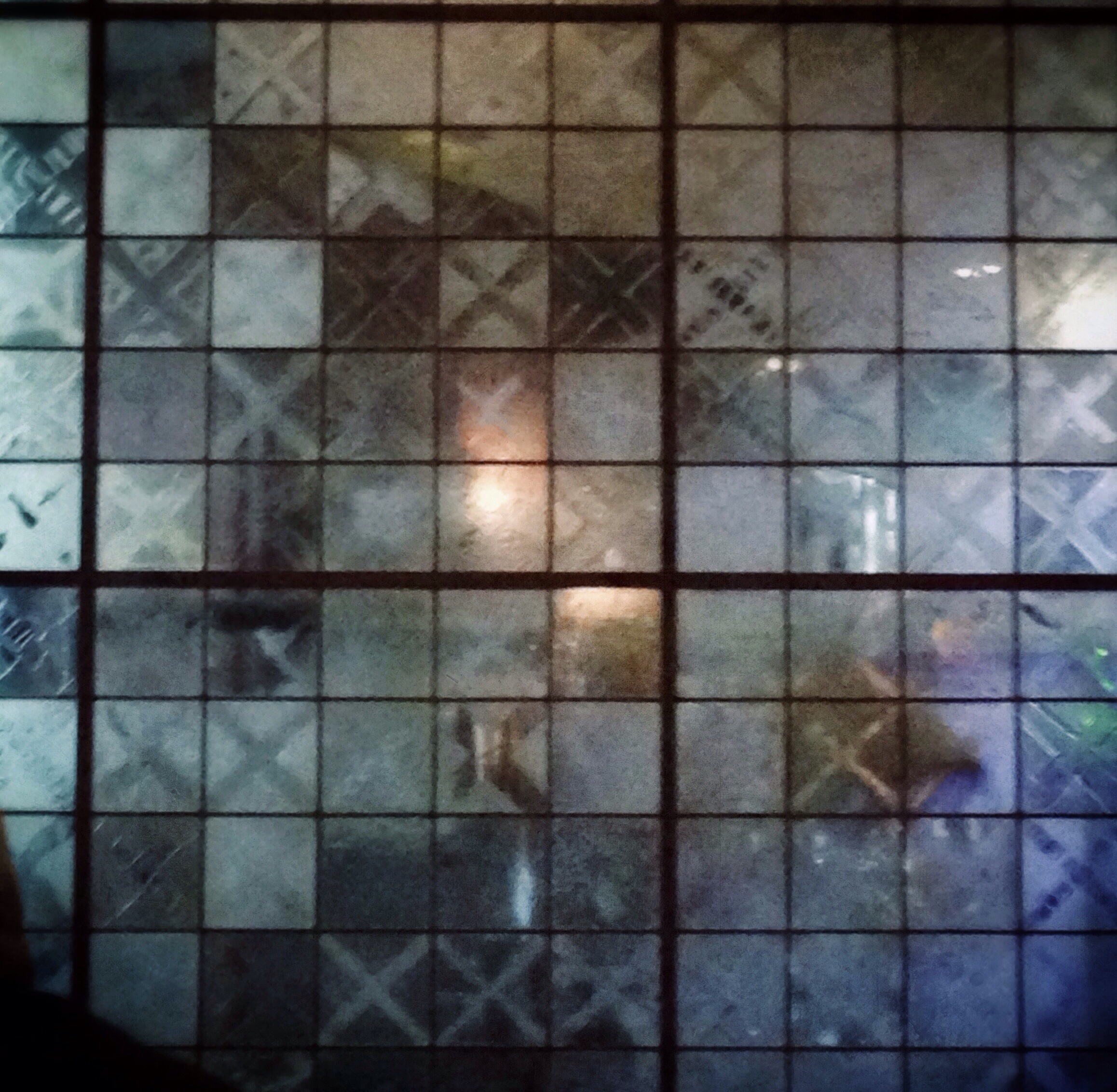 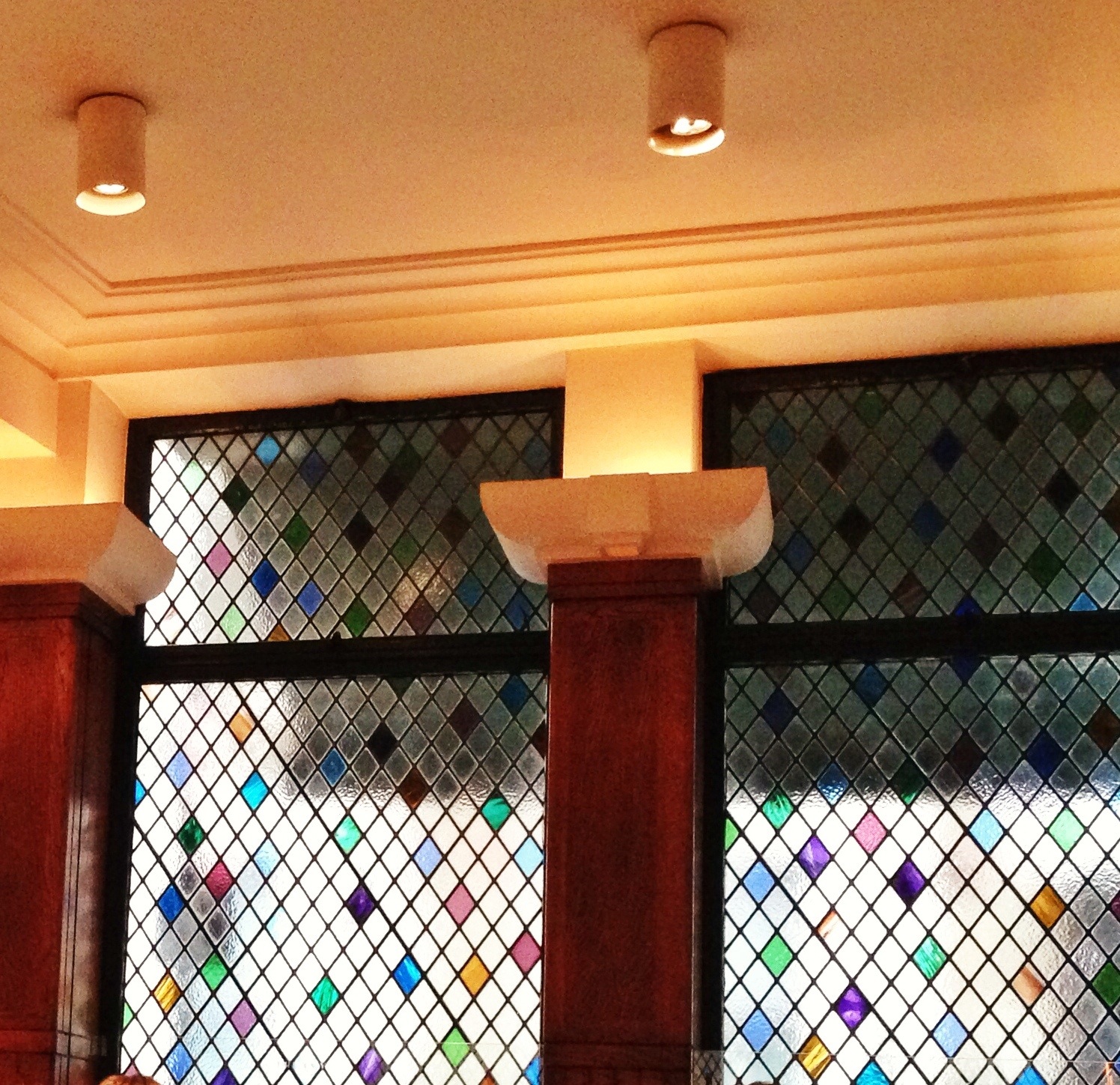 A throwback from the Wheeler’s days, perhaps :window envy #2 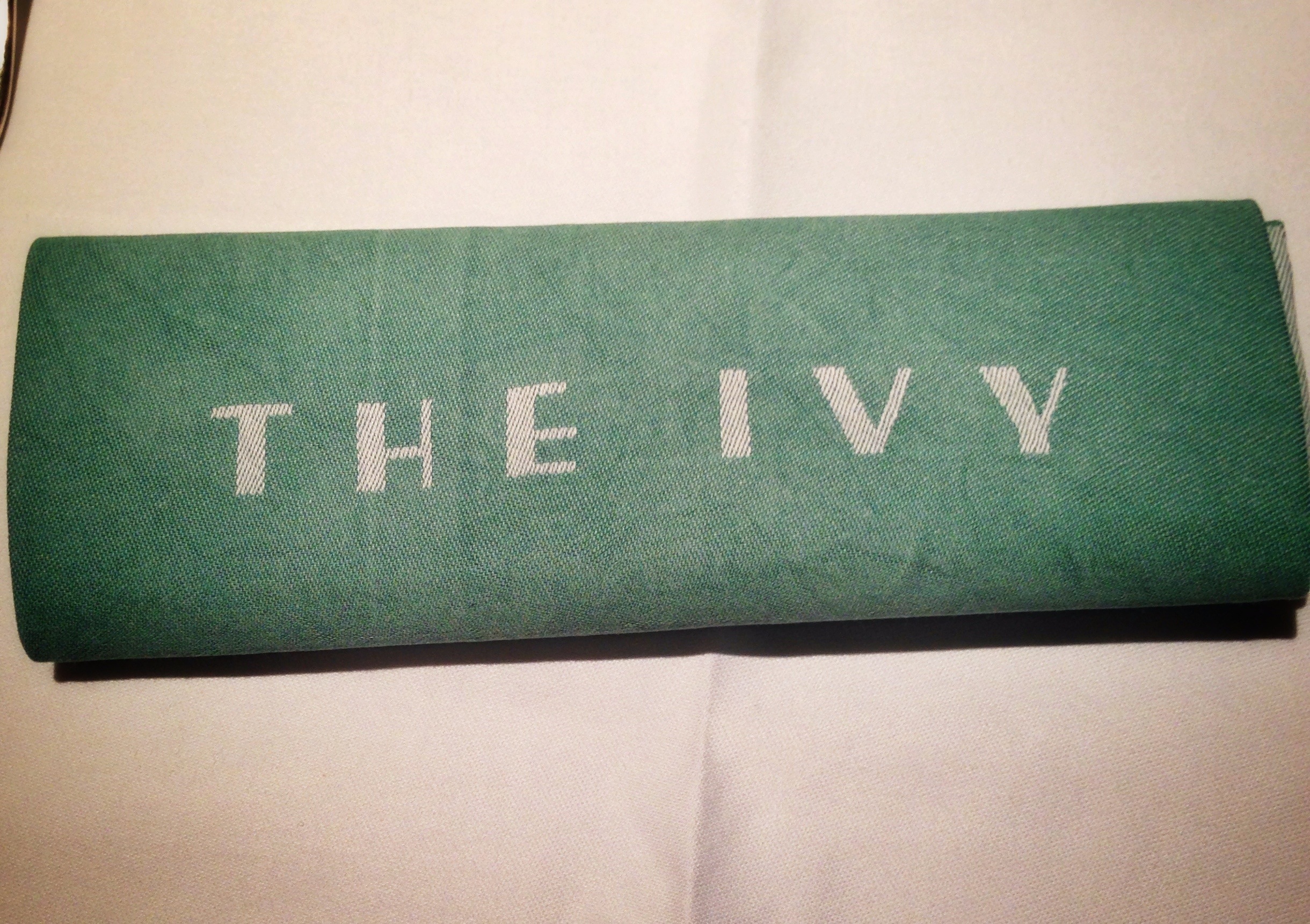 In case you forget where you are, it’s been so long since you booked 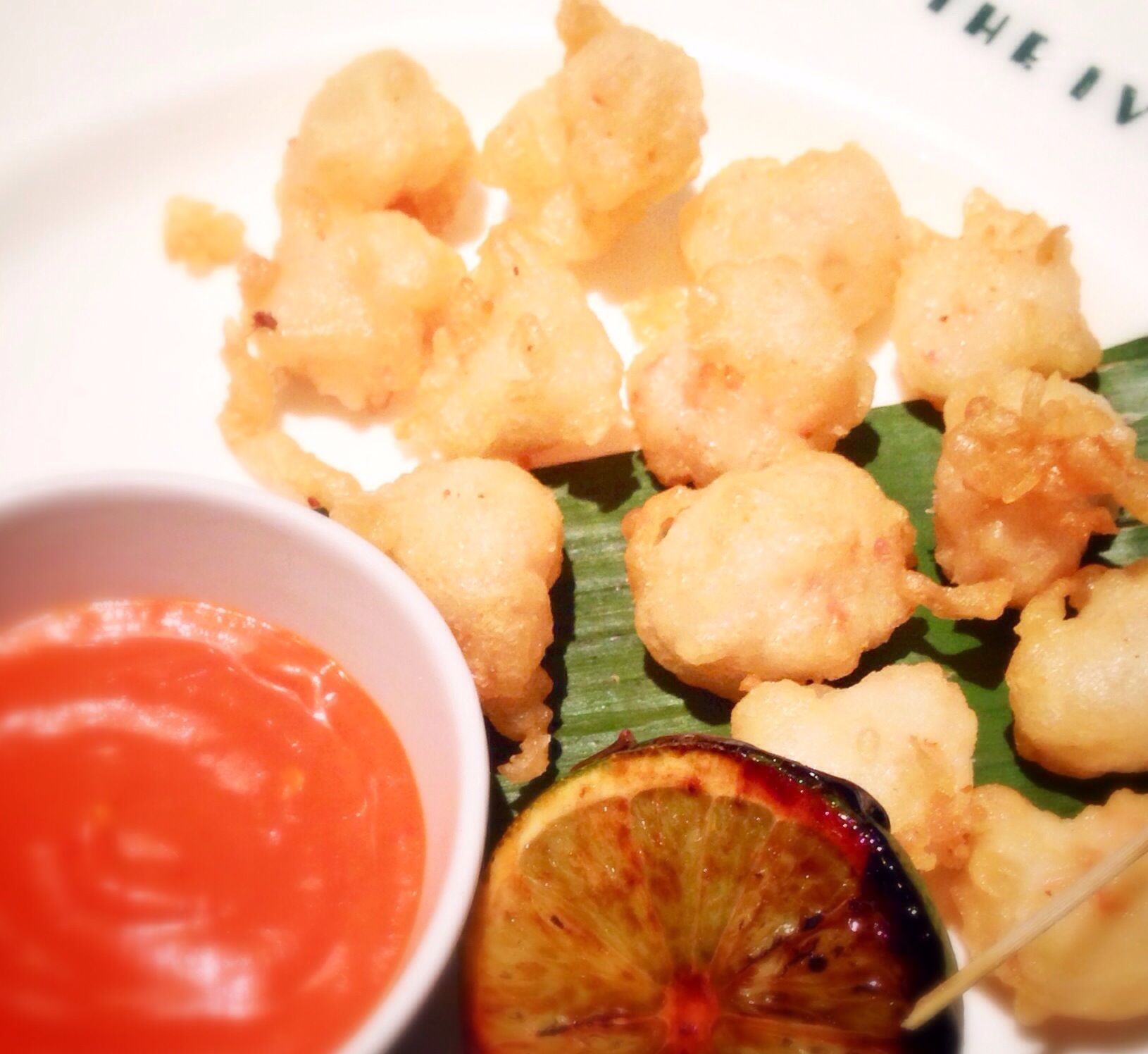 Popcorn shrimp. Or not. 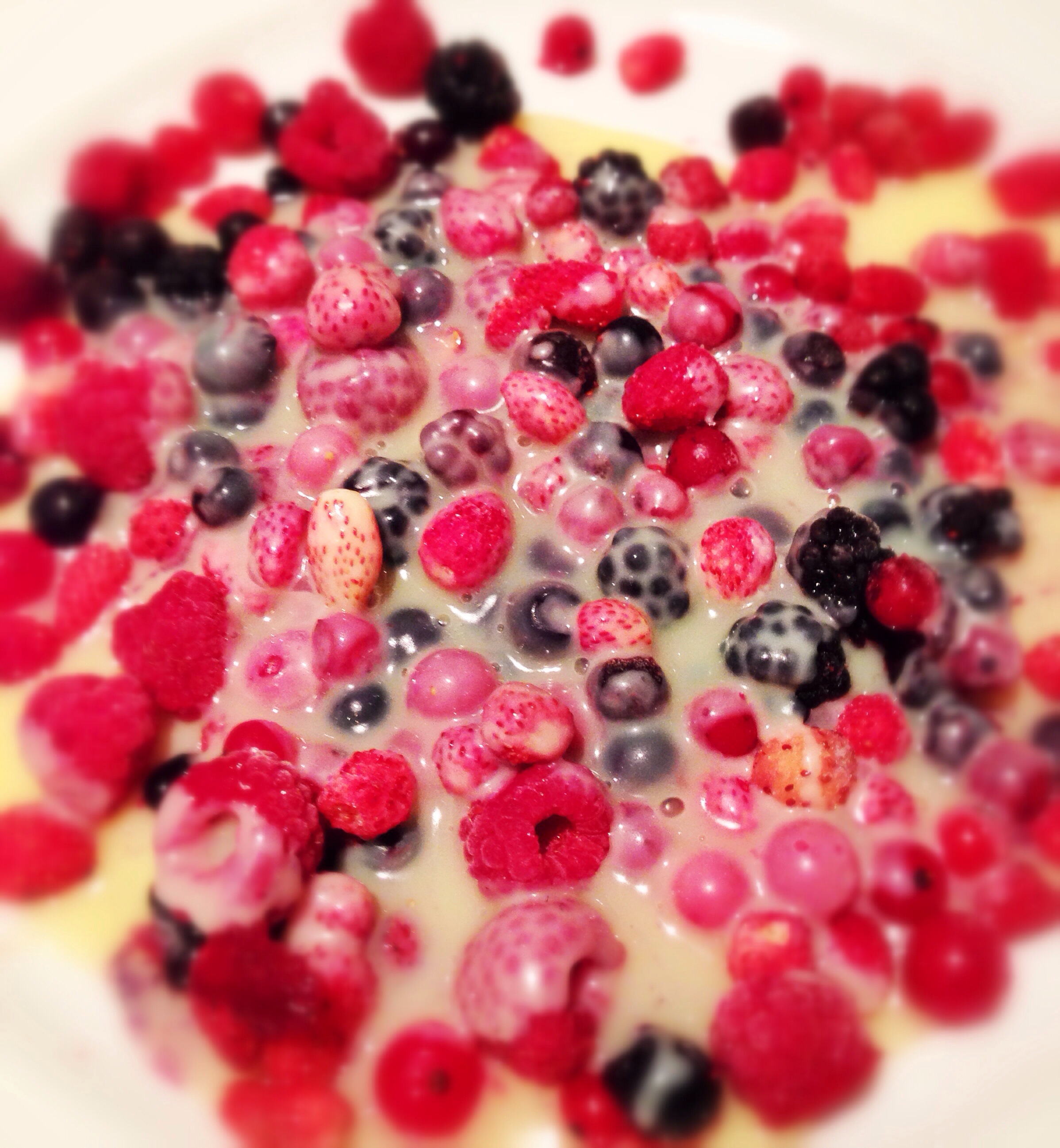 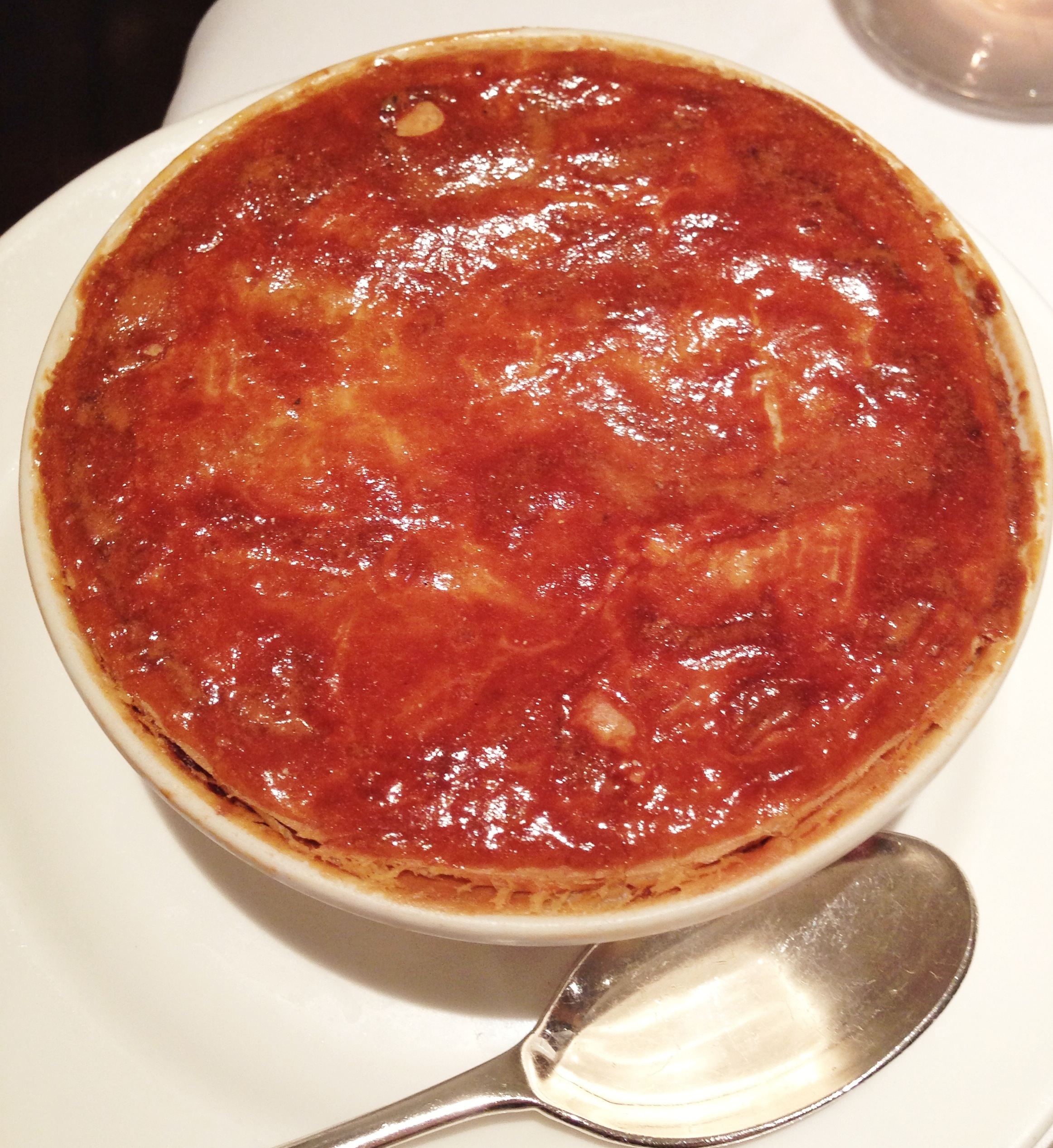 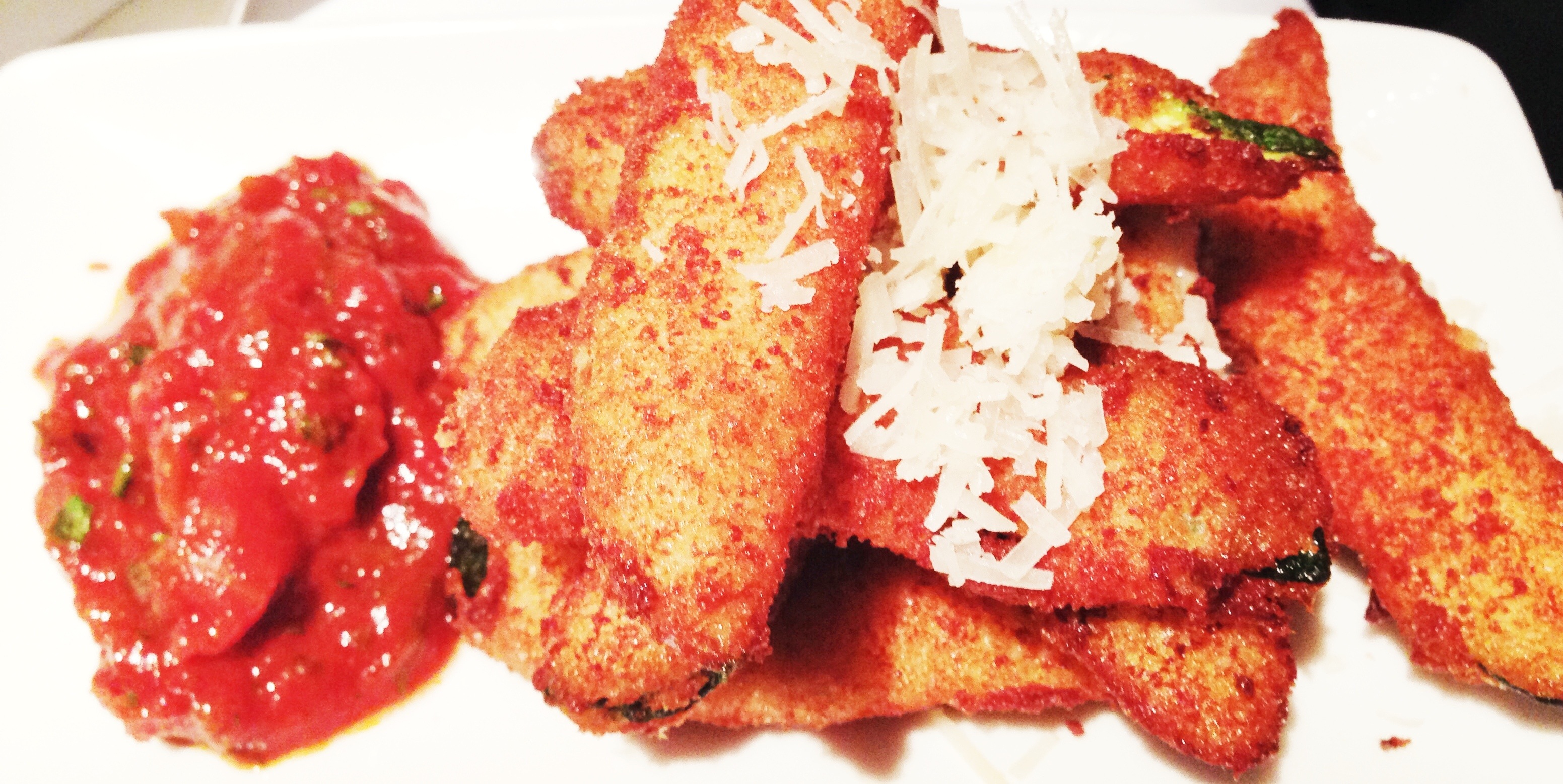 Findus would be proud 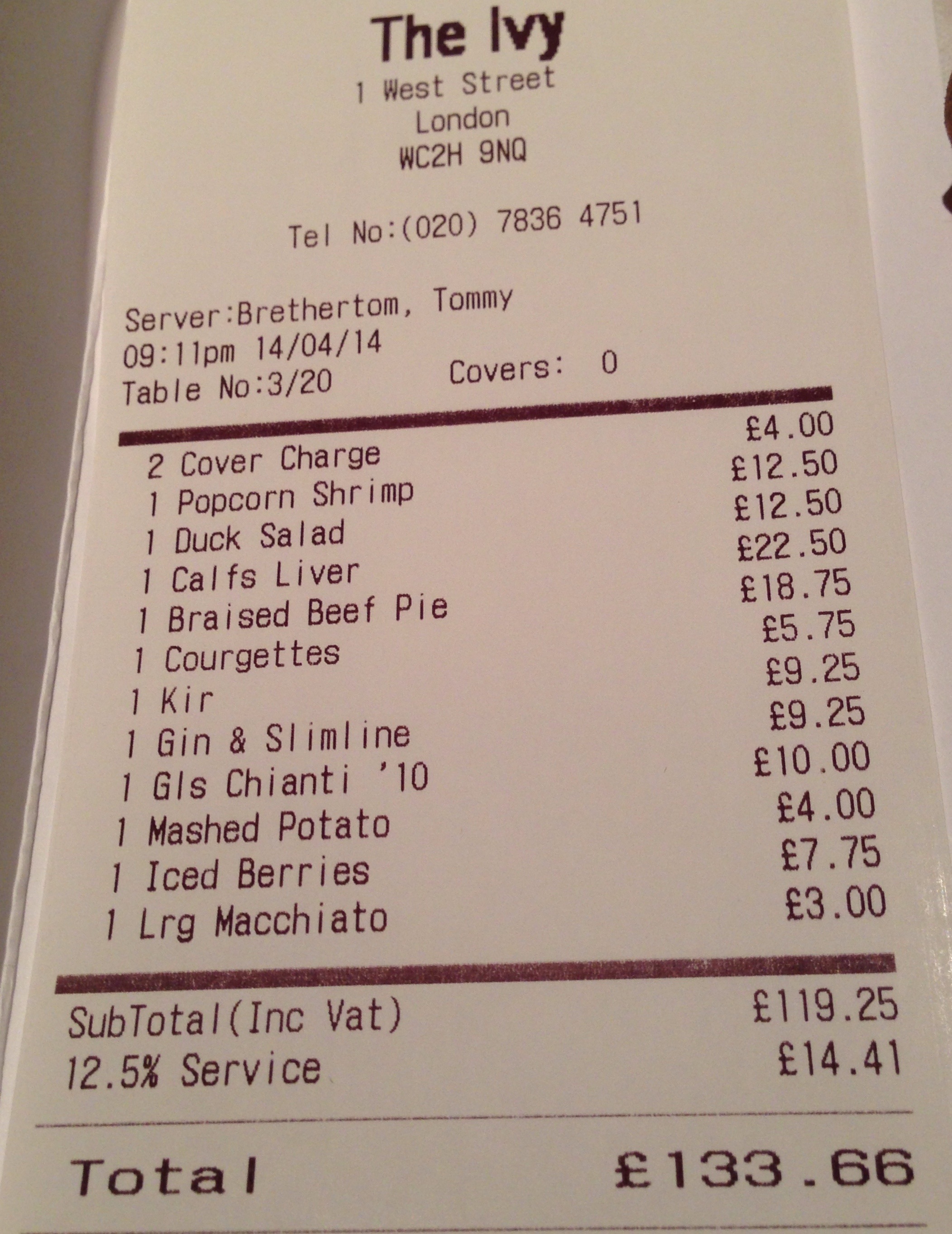 ← Social Eating House. It jarred. The Magdalen Arms, Oxford. A Life of Pie. →