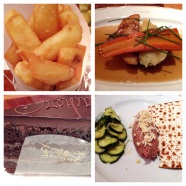 I am in a quandary over the Austrian theme. Austria, for all its culture is not a place where I feel entirely at home, birthplace of Hitler, rise of modern anti-Semitism and all that and it put me in mind of a book I’ve heard of but not read. It’s called  “Is it good for the Jews”? In searching for it on the interweb I came across the phrase as touted by a Mr David Duke:  “The complete control which Jewish supremacists exercise over Western society means that everything is measured by the maxim “Is it good for the Jews or not”. That wasn’t what I had in mind at all. Jewish supremacists. I wonder what they look like. I’ve been Jewish all my life and never met one. And the point of the story was that Mr Geller, whose book it was I was searching for , thought that it was the only question more important to Jews than the other one “Have you eaten yet”? I disagree.

It was the matzoh that did it for me. I have no idea who told them about Rakusen’s matzoh of childhood memory, matzoh of Passover, matzoh of matzoh brei and constipation, but to get that detail right? They’ve got an insider. There a missing ingredient that could have taken me right back to the chopped liver of childhood and that is Palwin no 10. Sweet, cloying dessert wine, the addition of this to your chopped liver will give it that authentic North Manchester 1965 tang and I would love it just that little bit more than I do already.

In case you need to rush out and buy it

Palwin? You’ve not heard of it? Currently available in Waitrose but not, for some reason in Cambridge, Palwin no 10 is described as a kosher dessert wine and is, according to the Waitrose website, made without any of Oral, Tevel and Shviit. I have no idea what any of those are and I do not wish to spoil it by googling. I wonder what the Waitrose copywriters made of that. Without Oral makes sense, once you’ve tasted it. But in chopped liver? Perfect.

You could have No 4a if you were feeling adventurous. Named after the adjacent bus-stops. Allegedly.

My first foray was brunch. It was necessary to order the Austrian Gröstl. Paprika, bacon, fried potatoes and onions and a hen’s egg. Other, less fattening choices are available but really, why would you? Although having said that, on another occasion I ordered the Mixed Basket, a selection of croissant au beurre, almond croissant, fruit Danish orange and sultana zopf, (enriched bread, basically chollah by a fancy Swiss name) pain au Chocolat and almond and cherry muffin. Don’t get overexcited with that though. I was expecting abundance but these are one bite each. At £7.75, I should not have been surprised.

But there is good coffee and they understand that you need it as soon as you walk in for breakfast. Before the menu, before the food, before being able to function as a human being. And papers to read whilst you wait, because you are early.

And then an outing with my sister and nephew, a child more obsessed with food than is entirely traditional. Will there be any chocolates with the bill, mummy? as we order starters. And will the sausages be big enough? Will I be hungry? I don’t know where he gets it from, I really don’t.

The waiter asked if we wanted more of the delicious caraway-seed bread. We said no, worried that we’d fill ourselves up. He brought it anyway. I couldn’t let you run out, he said. Service: when you say no but you mean yes and they know.

I love going out with my sister. Having got past her inexplicable preference for strawberry ice cream over chocolate as a child, there isn’t a time in our grown-up lives when we haven’t both wanted the same things on a menu, so we do the half : half thing. Thus I got to taste the sausages, Käserkrainer (pork and garlic stuffed with Emmental) and Thüringer (caraway spiced pork) and the Tafelspitz, slow braised beef, melting, on a bed of roasted vegetables with a strange spinach-y cream and a caramelised carrot, balancing on top. I preferred this dish of pure comfort to the joke-sized sausages and I am not sure about the skins-on warm potato salad that comes with them. I think I’d have preferred the contrast of a traditional old fashioned one, against the richness of the pork/cheese combo. But £11? It feels like good value.

I’ve also had the schnitzel Holstein, the one with anchovies and capers and the egg on top. I think I’m a bit old school and prefer it plain and I’m not averse to the gravy although certain people seem to get rather affronted by it. Tip: if you like your schnitzel dry, tell them.

And desserts are suitably heavy. Sachertorte, the precursor of many pale imitations is a rich, moist chocolate cake with chocolate coating and apricot jam in between the three layers of rich chocolate sponge. I could feel my arteries furring up with every mouthful.

With its pre-war vibe, its attention to detail, its liveried waiters and its comfort-food menu of memories I love this addition to the Marylebone scene and I hope that it survives for decades, so that it really is as old as it looks.   And with a menu full of European classics and its rich, heavy food, yes, this is very good for the Jews. 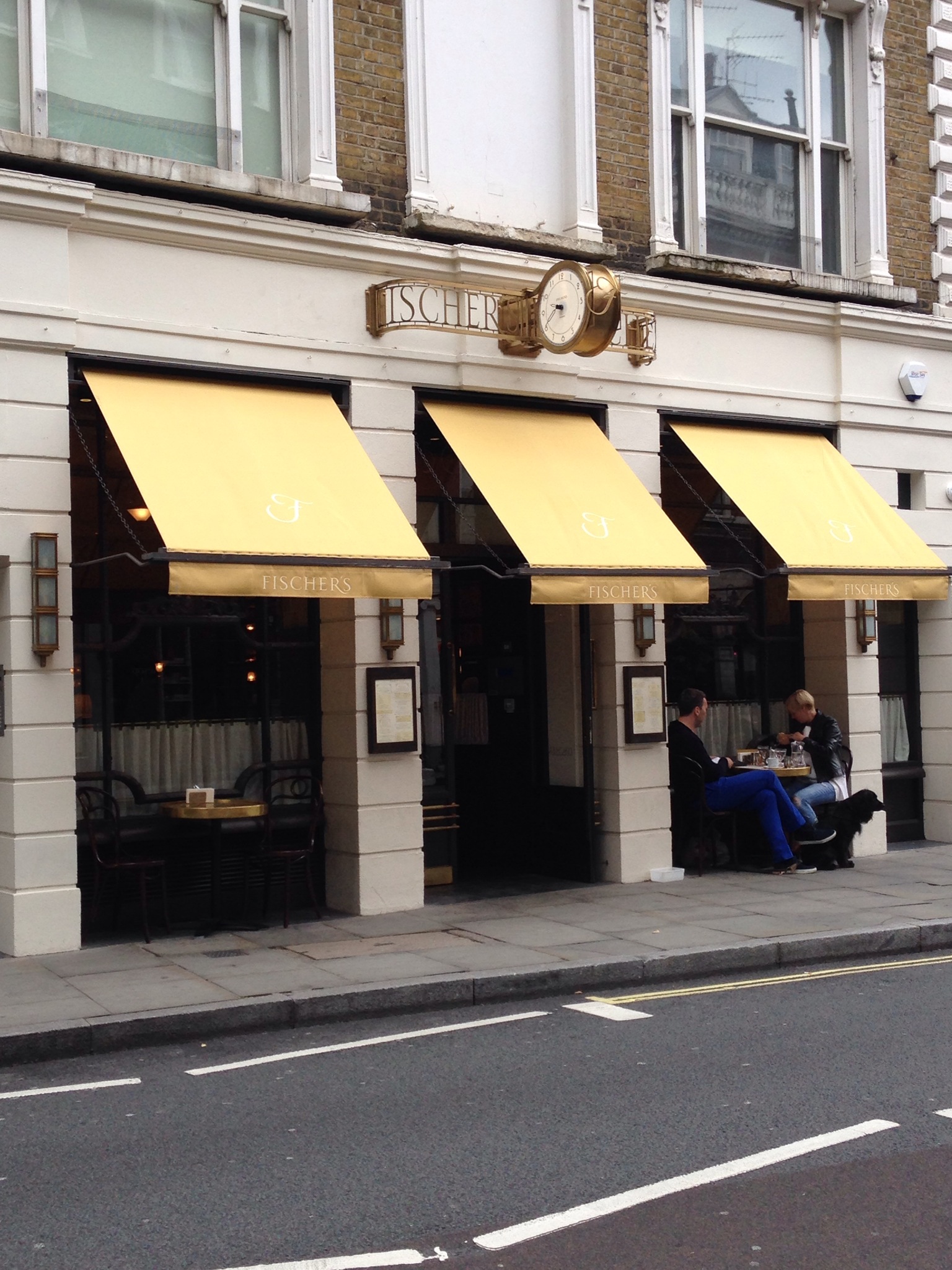 Potato, eggs, onion, bacon. These are a few of my favourite things

Bread. Good bread. Lots of it.

Making the most of moist.

A rare sighting of an empty table